Yami Gautam said, "I learnt a lot about cinema on the sets of Kaabil. I learnt the value of being selfless" 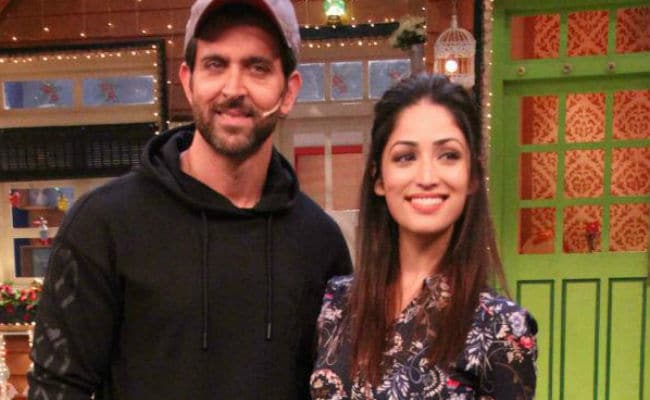 Hrithik Roshan and Yami Gautam photographed at an event

Actress Yami Gautam, who starred opposite Hrithik Roshan in 2017 film Kaabil, told news agency PTI that she learnt 'being selfless' from the actor. Yami, who debuted in the Hindi film industry six years ago with Vicky Donor, also added that she 'learnt about cinema while filming Kaabil. "I learnt a lot about cinema on the sets of Kaabil. I learnt the value of being selfless. Working selflessly and appreciating that in others. A lot of times it's natural for us to think 'How am I looking, how am I performing?' restricting everything to myself. But working with Hrithik made me understand and appreciate the value of being selfless. It isn't easy but very simple. That's why he is where he is. That has been quite life changing lesson in a lot of ways," Yami told PTI.

In Kaabil, Hrithik and Yami played a visually-challenged couple. The film was directed by Sanjay Gupta and produced by Hrithik's dad Rakesh Roshan.

Apart from Vicky Donor and Kaabil, Yami has starred in films such as Badlapur, Action Jackson, Sanam Re and Junooniyat.

She is now prepping for the release of Batti Gul Meter Chalu and meanwhile filming Uri with Vicky Kaushal. Of her film choices, Yami Gautam told PTI, "With the kind of work I'm doing, I feel like myself. I'm uninhibited and ready to take on challenges. I'm in a happy space."

In Shahid Kapoor and Shraddha Kapoor's Batti Gul Meter Chalu, Yami plays a lawyer. The film is directed by Shree Narayan Singh. Uri is based on Indian Army's surgical strikes across the LoC in 2016.