In Kaabil, Hrithik and Yami played a visually-challenged couple 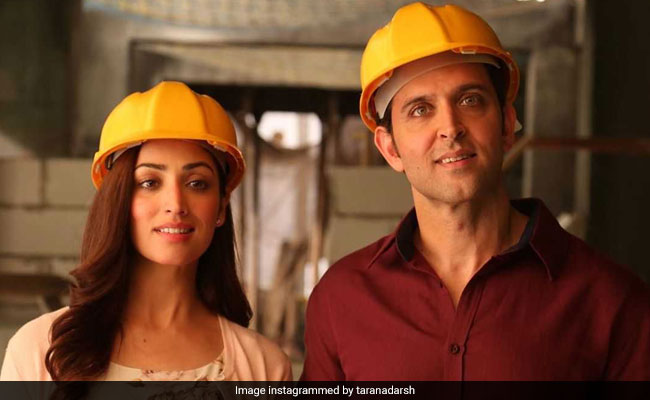 Yami Gautam and Hrithik Roshan in a still from Kaabil.(Image courtesy: taranadarsh)

Hrithik Roshan and Yami Gautam's Kaabil, which opened in the Chinese theaters on Thursday had a "surprisingly low start" at the box office, reports Bollywood trade analyst Taran Adarsh. The film earned merely Rs 9.09 crore within two days of its release in the country. In his tweet, Taran Adarsh stated that the film needs to perform well during the weekend for satisfactory numbers at the box office. Sharing the film's box office report on social media, Taran Adarsh wrote: "Kaabil has a shockingly low start in China... Needs to score big numbers [from Fri to Sun] for a satisfactory extended weekend total... Wed $ 0.48 mn, Thu $ 0.66 mn. Total: $ 1.31 million [Rs 9.09 cr]. Includes previews held earlier."

Kaabilreleased in India in January 2017 and it clashed with Shah Rukh Khan's Raees at the box office and the former emerged as a clear winner and turned out to be a hit and it even released in Pakistan the same year.

Kaabil received great reviews from film critics in India. In his review for NDTV, film critic Saibal Chatterjee praised film's lead actor Hrithik Roshan for his performance in the thriller and he wrote: "Hrithik Roshan delivers a convincing enough performance as a man who cannot see but whose faculties of smell and hearing are so phenomenally pronounced that he can don the garb of an infallible terminator without having to be a superhero blessed with special powers."