Yami Gautam On The Success Of Uri: 'Never Experienced Such Amount Of Love, The Feeling Is Surreal' 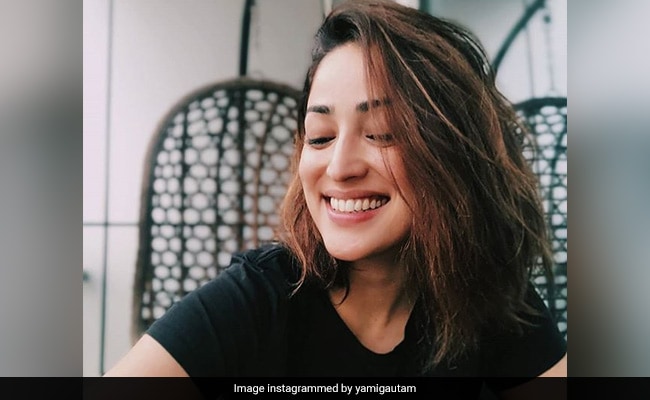 Actress Yami Gautam, whose latest releaseUri: The Surgical Strike has become her first movie to cross the Rs 100 crore mark, says it is most appropriate to dedicate the success to the Indian Army and their families. The movie is about the 2016 surgical strikes that India conducted following a terrorist attack in Uri in Jammu and Kashmir.

"No matter how much gratitude I have towards our Army, it will always be less. During the shooting and promotion of the film, I got the privilege of meeting our Army men every other day. They made me realise the real value of hard work. Their honesty, hard work and sacrifices inspired me to put my best into the film," Yami Gautam told IANS.

"They stand for us, they fight for us. We exist because of them. I salute them and their families for always supporting them in every crucial situation. Through Uri, I wanted to make them feel proud. And now that the film is doing so well, without any second thought, I want to give the credit of the film's success to our brave Army men and their families," Yami told IANS over phone.

Yami said the Army personifies patriotism at its best.

"The true meaning of being a patriot comes from the Army. For them, it is always duty before anything else. They are always serving our country. They depict the true meaning of patriotism. So, we all should get inspired by them and whatever role we are doing in life, we should do it with utmost honesty," she added.

According to her, citizens should also lean back to the Indian Constitution.

"In today's time when too much is happening, there are too many opinions and too many clashes... which is good, but some of these might resonate negative feelings too. So, I feel since we talk about patriotism and Republic Day is also approaching, I feel we must lean back to our Constitution," said Yami.

"I know it is the lengthiest constitution in the world but we should try to incorporate at least certain factions of what's written in there," added the actress.

In Uri, Yami essays an intelligence officer. She says it will always be a special film in her career.

"I have never experienced such amount of love and responses which I am getting after the release of Uri. This is a surreal feeling. And through Uri, I have connected with the audience in a better way. I am honoured to have been a part of such a film," said Yami Gautam.

(This story has not been edited by NDTV staff and is auto-generated from a syndicated feed.)
Comments
Yami Gautamyami gautam uri