Work From Home Is No Fun For Janhvi Kapoor. Her ROFL Post Proves It

Dressed in a faux fur jacket and blue trousers, Janhvi can be seen working on a laptop and sipping her coffee in the photos 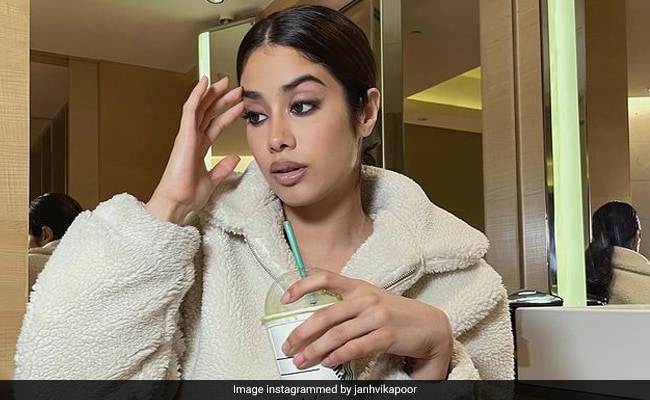 Janhvi Kapoor doesn't like working from home. How do we know that, you ask? Well, her latest entry of Instagram proves it. Janhvi Kapoor, on Wednesday, posted a set of pictures of herself and her expressions in the pictures speak her mind. Dressed in a faux fur jacket and blue trousers, Janhvi can be seen working on a laptop and sipping her coffee in the photos. "Work from home they said," she hilariously wrote in the caption of her post and added: "It'll be fun they said." The actress' make-up game is on point in the pictures - kohl-rimmed eyes and nude lipstick.

Janhvi Kapoor is currently busy with the shooting schedule of her new film Good Luck Jerry, which she recently announced. The actress, earlier this month, shared her first look from the film. The poster features her sporting a salwar kameez and smiling ear-to-ear while walking on the road.

Janhvi Kapoor was last seen in Dharma Productions' Gunjan Saxena: The Kargil Girl, which also starred Pankaj Tripathi and Angad Bedi. She entered into the Entertainment industry with Shashank Khaitan's 2018 film Dhadak, a Hindi remake of Marathi hit Sairat. She co-starred with Ishaan Khatter in the film. Her next project was Netflix's anthology Ghost Stories, where she featured the Zoya Akhtar-directed segment.