"Was wondering how it's such a complex process to get a bow tie right," Arjun Kapoor replied 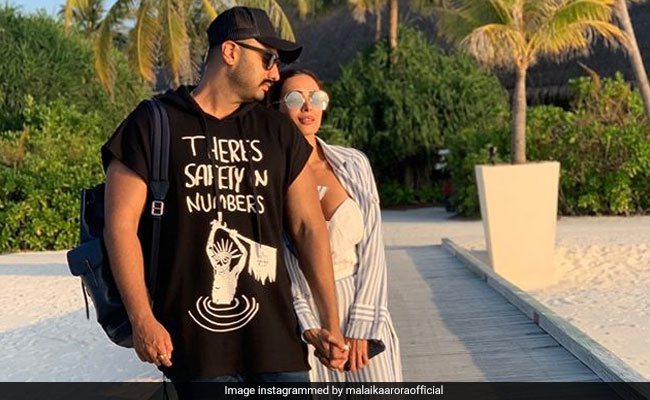 Malaika Arora and Arjun Kapoor often trend for pulling each other's legs on social media. The duo once again occupied the top spot on the list of trends on Sunday after Malaika Arora left an epic comment on Arjun Kapoor's latest Instagram post. Arjun, who hosted the Indian Sports Honour 2019 a couple of days ago in Mumbai, shared BTS pictures of himself on his Instagram profile on Saturday. In the photos, he could be seen getting a bow tie fixed on his neck. Reacting to the pictures, Malaika Arora teased Arjun Kapoor and commented: "Why so serious?" To this, Arjun, who always comes with a witty reply, said that he was wondering how difficult it is to get the bow tie right. He replied: "Was wondering how it's such a complex process to get a bow tie right." LOL! Check out their chit-chat:

Arjun Kapoor and Malaika Arora frequently troll as well as express love for each other on social media. Recently, after the Vogue Beauty Awards 2019, Malaika Arora shared pictures of her look on social media, in which she could be seen dressed in a white chiffon and French lace AADNEVIK gown with leather details. Reacting to the photos, Arjun Kapoor dropped a fire emoticon in the comments section. Take a look:

On the work front, Arjun Kapoor was last seen in India's Most Wanted. He is now prepping for Ashutosh Gowarikar's Panipat and Dibakar Banerjee's Sandeep Aur Pinky Faraar.