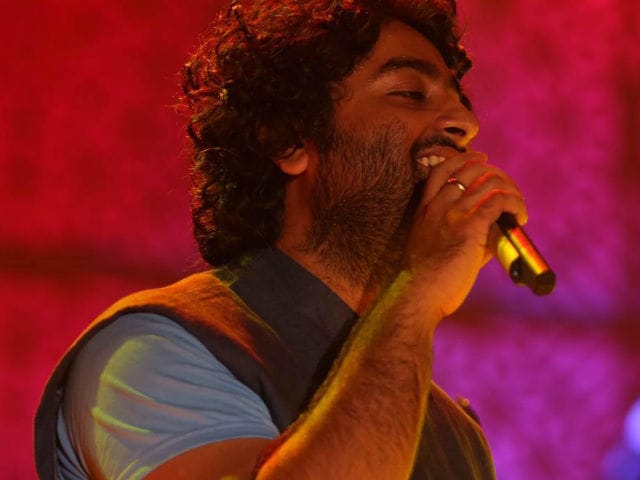 This image was posted on Facebook by Arijit Singh

According to multiple sources close to the film's makers, Arijit, whose discography includes hit numbers like Tum hi ho, Soch Na Sake, Kabhi Jo Baadal Barse and Muskurane Ki Wajah, felt that is voice due to auxiliary treatment didn't go well with the openness that appeared in the video.

The second installment of the 2001 film Tum Bin series is written and directed by Anubhav and jointly produced by him and Bhushan Kumar of the T-Series music label.

"The song got rave reviews however my good friend Arijit the perfectionist that he is, thought it would be better if he sang it with an open feel. Arijit called me the very same night Ishq Mubarak released and inquired if I would be okay to consider a re-dub on the song," Anubhav said in a statement.

"Having a lot of respect for his music and style of working I gave him a go ahead and the new song sounds even better than the first version now," he added.

The new song will feature Arijit's voice set to Ankit Tiwari's composition and it will release by this weekend. The video will remain the same.

Promoted
Listen to the latest songs, only on JioSaavn.com
Shot in the aesthetic landscape of Scotland, Tum Bin 2 reunites Anubhav with Bhushan after a gap of 15 years. Tum Bin 2, featuring Neha Sharma, Aditya Seal and Aashim Gulati will hit the screens on November 18.