"Who's Directing Whom?" Ajay Devgn Asks Fans In New Post

Ajay Devgn’s fourth directorial project, Bholaa stars him and Tabu in the lead. 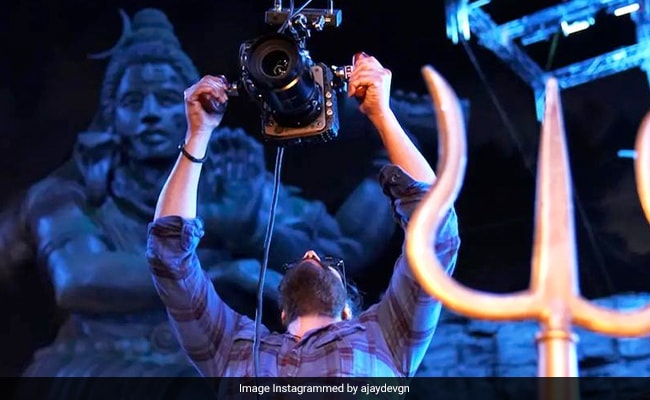 Ajay Devgn has been one of the country's biggest stars for over 30 years. To this date, the actor continues to impress fans with his performances. In addition to being an actor, Ajay is also a celebrated filmmaker with films such as U, Me Aur Hum and Runway 34 to his credit. Ajay's love for direction is pretty evident from his Instagram feed as well. The actor often shares glimpses from the sets of his films, featuring him behind the camera. Today is no different. Ajay has shared a picture of him handling the camera, with a huge idol of Lord Shiva in the background. Interestingly, Ajay had a question based on the picture for fans. He asked, “Guess who's directing whom?” The hashtag “Bholaa” in the caption is also the title of his upcoming film.

Bholaa, which stars Ajay Devgn and Tabu in the lead roles, is expected to release in March, next year. The film is the remake of the blockbuster Tamil movie Kaithi, which starred Karthi in the lead.

It's time to say ACTION again!

Ajay Devgn's previous directorial project Runway 34 garnered him praises from all quarters. Recently, after the film premiered on an OTT platform, Ajay shared a series of snaps from the sets of Runway 34 and penned a thank you note for fans. “Looking at Runway 34 still receiving so much love from the audience makes all the sleepless nights WORTH IT,” he captioned the black and white pictures.

Meanwhile, Ajay Devgn has an interesting line-up of films. The second instalment of the blockbuster crime drama Drishyam is slated to release later this year. Drishyam 2 is a remake of the Malayalam film of the same name starring Mohanlal in the lead. The film will once again feature Ajay Devgn alongside Shriya Saran and Tabu. Additionally, Ajay will share screen space with Sidharth Malhotra and Rakul Preet Singh in Thank God.