Who Do You Think This Kid In Salman Khan's Throwback Pic Is? 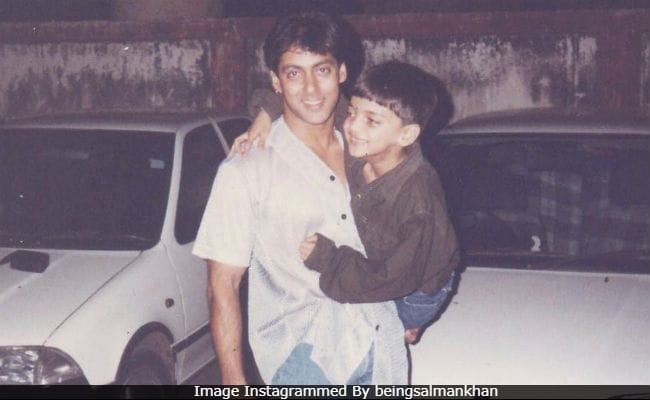 New Delhi: A social media post by superstar Salman Khan is keeping the Internet very, very busy. Salman, 52, posted a throwback picture with a kid and wrote, "Being launched tomorrow... kal dekhte hai yeh ladka aaj kaise dikhta hai." (Yes, you read that right. This is the only introduction Salman gave and hasn't even tagged anyone in the post). However, the Internet has made several attempts to identify the kid in Salman's picture and mostly, folks believe he is Zaheer Iqbal (iamzahero - the name on his Instagram handle). He is an aspiring actor and a month ago, The Times Of India had reported that Zaheer's dad Iqbal Ratnasi is good friends with the superstar. "He is Zaheer Iqbal," is what the Internet has to say.

If the kid actually is Zaheer Iqbal, then he will launched in a film co-produced by Salman, TOI reported. His impending film will be in collaboration with the producers of Anil and Arjun Kapoor's Mubarakan (2017).

The TOI report also states that Zaheer Iqbal is dating Sana Saeed, the girl who played Shah Rukh Khan's daughter Anjali in Kuch Kuch Hota Hai (1998). She was last seen in Student Of The Year.

Folks following Sonakshi Sinha on Instagram might identify Zaheer Iqbal. Remember what Sonakshi posted after Salman's blackbuck case verdict? Yes, apart from her and Salman, Zaheer was also in the picture. She had tagged him.

If you look at Zaheer Iqbal's Instagram profile (unverified and locked), his followers are Arpita Khan Sharma (Salman's sister) and Varun Dhawan.

Well, whether the Internet is correct or not, this would be proved on Thursday, when Salman will announce the launch.