Race 3: Salman Khan 'Chweetly' Posted Pic Of Jacqueline Fernandez In A Red Sari And It's Viral

"How chweet iz she lukin," this is the caption of Salman Khan's Instagram post, featuring Jacqueline Fernandez 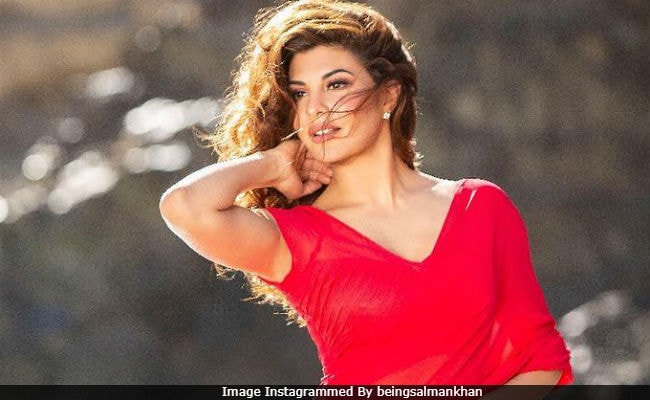 New Delhi: "How chweet iz she lukin," this is the caption of Salman Khan's latest Instagram post, featuring his Race 3 co-star Jacqueline Fernandez. Yes, you read that right the caption indeed reads, "How chweet iz she lukin." The caption is one of the main highlights of the picture and the other is Jacqueline, who poses in a red sari and looks like a million bucks. The post is now viral and has got over 5 lakh likes in just a couple of hours. Perhaps, this is for the first time we are seeing Jacqueline wearing a sari for her film. Several comments for Jacqueline have been posted but the Internet is kind of amused with Salman's caption. "Yeah, really chweet" and "so chweet, am I reading it right" are some of the comments on Salman's post for Jacqueline.

"So chweet of you," Jacqueline commented after re-posting her picture.

Jacqueline Fernandez's picture is a still from Race 3 song Selfish, which will release on Friday. A few lines of Selfish have been written by Salman. "While discussing the creative for the song, I penned down a few thoughts on paper in sync with the plot of the film, which is about the selfishness within the family. When the music director Vishal Mishra heard it, he got extremely excited and said he will come back with a tune for the same. I said, 'But this is a part of a conversation and not lyrics'. However, he insisted to use the thoughts as it is for the song. Everyone loved the thoughts and wanted it to be used for the song," the 52-year-old superstar said in a statement, reported news agency IANS.

Promoted
Listen to the latest songs, only on JioSaavn.com
Race 3 releases on June 15.