Where Kunal Nayyar Cast Conan O'Brien On The Couch 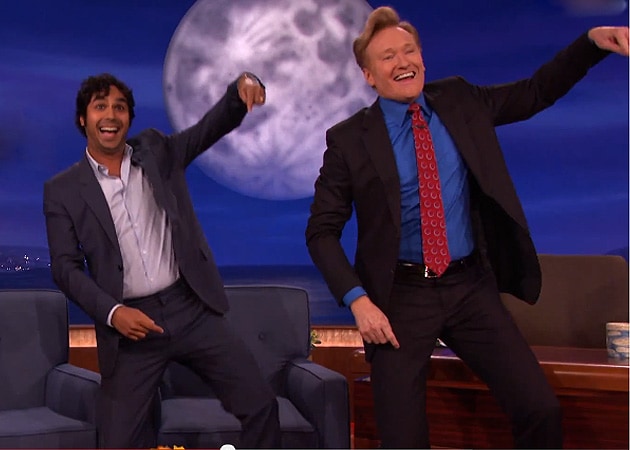 Kunal took Conan to the dance floor and made him follow his lead to Daler Menhdi's Tunak Tunak Tun.

Talk show host Conan O'Brian would have never thought that asking funny man, actor Kunal Nayyar, the dude who plays the Indian guy in the hit American sitcom Big Bang Theory, to come to his show will turn out to be the way it did. What started with a jovial conversation about the absurdity of Bollywood turned into a cocky debate about the similarity between Bollywood and Broadway, and the absurdity of the two mediums which eludes its patrons, even if they are true blue loyalists.

Clearly very intrigued, Conan asked Kunal if he has a chance in Bollywood, to which Kunal gave him a very positive response. His reasons being:

a. You are a white guy, and Bollywood loves white guys

b. You have got the physique

Promoted
Listen to the latest songs, only on JioSaavn.com
c. You have got the hair

d. You are huge in India. They pronounce your name as 'Konaaan'

He managed to assure Conan that he'd get him a Hindi movie to act in, and to top that all up Kunal took Conan to the dance floor and made him follow his lead while he shook his booty and bobbled his head to Daler Menhdi's Tunak Tunak Tun.