Dhanush wrote, "The very first few pics that we shot for Kaadhal Kondein" 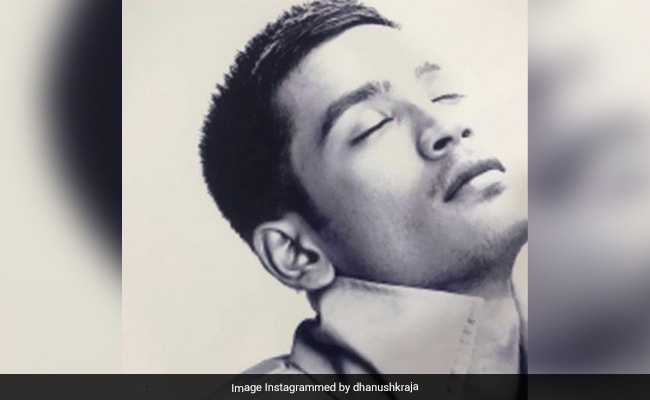 Actor Dhanush, who was recently seen in Tamil film Karnan this year, took us back to 2003, the year when his movie Kaadhal Kondein was released. His latest Instagram upload is proof. Kaadhal Kondein was Dhanush's breakthrough in the Tamil film industry. On Friday, Dhanush shared a set of throwback pictures of himself on Instagram as he remembered his critically-acclaimed role in the 2003 film. In the pictures, Dhanush looks unrecognisable as Vinod, a character he played in the movie. His buzz cut hairstyle, clean-shaven look and intense eyes are a treat to look at.

Dhanush also wrote a note along with the pictures. In his caption, the Raanjhanaa actor shared that these are the "very first few" pictures that were captured when he shot for Kaadhal Kondein in the early 2000s. He wrote, "The very first few pics that we shot for Kaadhal Kondein. Where it all started. Shot by cameraman Aravind Krishna and Directed by Selvaraghavan. #vinodh #divya.

Actress Ramya Subramanian commented on his post. She wrote, "The pic where a LEGEND BEGAN HIS TRIP."

Take a look at his pictures here:

What a flashback, we say.

Kaadhal Kondein featured Dhanush as Vinod as an orphan youth. Actress Sonia Agarwal, who was paired opposite Dhanush, was cast as Divya, his love interest. Sonia made her Tamil debut with the movie. In the film, Dhanush as Vinod is mentally and physically abused during his childhood. Vinod turns psychopath and tries to woo Divya as he falls in love with her. The movie also featured actors like Sudeep Sarangi, Nagesh and Daniel Balaji.

Kaadhal Kondein, a critically-acclaimed film was a major commercial success at the box office during its release back then. It was directed by Dhanush's brother Selvaraghavan.

Dhanush made his debut in 2002 film Thulluvadho Ilamai. It was directed by his father Kasthuri Raja. Dhanush now has films like Jagame Thandhiram, Atrangi Re,The Gray Man and an untitled project of filmmaker Karthick Naren coming up.

17 Years Of Arya: COVID-Positive Allu Arjun Calls It The "Greatest Miracle" Of His Life