'Where Did The Last 11 Months Go?' Neetu Kapoor Writes After Rishi Kapoor's Homecoming

"It was a phase that teaches and changes you a lot," wrote Neetu Kapoor 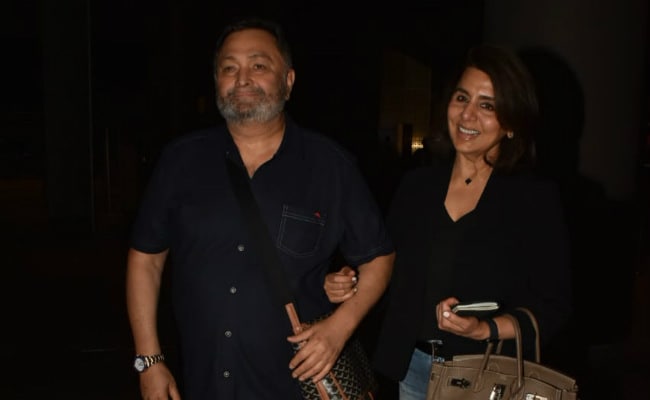 Rishi Kapoor and Neetu Singh at the Mumbai airport

Days after Rishi Kapoor returned to Mumbai with Neetu Kapoor, she posted an emotional note on Instagram, remembering the days gone by. "Where did the last 11 months go? Was a long road! It was a phase that teaches and changes you a lot," wrote Neetu Kapoor along with a selfie clicked in what appears to be New York. Ranbir Kapoor's parents had temporarily shifted to the Big Apple last year for Rishi Kapoor to undergo treatment for cancer. They spent 11 long months in the city before their much awaited homecoming on Tuesday. Ranbir and Riddhima Kapoor Sahni flew in and out of New York during those months but Neetu Kapoor waited through the months to return to Maximum City once and for all with Rishi Kapoor.

Where did the last 11 months go ?? Was a long road !!! It was a phase that teaches and changes you a lot

Rishi Kapoor is currently in remission and is gradually gaining momentum with his social media activities. In an interview with mid-day, speaking from New York, Rishi Kapoor said Neetu Kapoor stood by him like a "rock" in his difficult times: "Neetu has been my rock and has shouldered all the responsibilities. So has been my family, who would drop in to give me the strength to battle my illness." Meanwhile, Neetu Kapoor told Times Now that she would do anything to ensure Rishi Kapoor's improved health: "It's like he became like my child and I wanted to do everything in my power that he should not be in pain, he should get whatever he wants."

In August, Rishi Kapoor made a heart-wrenching confession about missing home: "Confession. Living in this concrete jungle (Manhattan) for so long, you don't get to see much of the sky. Yesterday was by the riverside, saw and heard an aircraft soar above. A visual and sound so common back home, loved that annoyance. I guess it meant freedom and getting back home."

Confession. Living in this concrete jungle (Manhattan)for so long,you don't get to see much of the sky.Yesterday was by the riverside,saw and heard an aircraft soar above. A visual and sound so common back home,loved that annoyance.I guess it meant freedom and getting back home.

Nurvi with both her Daadus.(Grand dads) Dearest Chintu uncle visited home today for Ganpati Darshan. All of us are just so so happy to have met him and hugged him tight. Welcome back Chintu uncle. God Bless you always. #rishikapoor