'When You Love Maggi Too Much': Kiara Advani's Dress Reminds The Internet Of This Popular Snack

One of the comments on Kiara's post read, "When you are bored of having Maggi, make a gown of it" 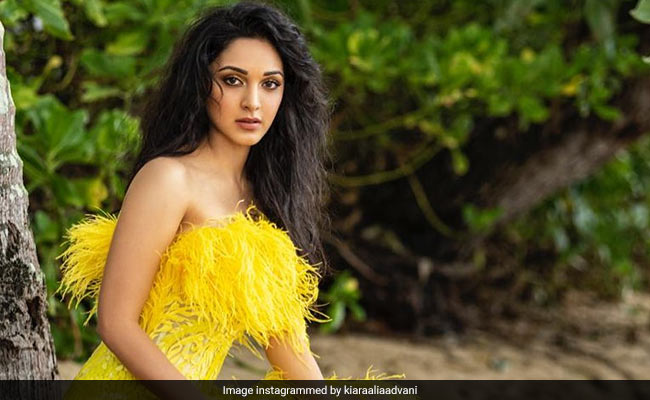 Kiara Advani found herself on the receiving end of trolls after she posted a stunning picture of herself on her Instagram profile on Wednesday. The reason - Kiara's extravagant yellow gown (designed by Atelier Zuhra) with feathers and fringes reminded the Internet of Maggi noodles. Yes, you read that right. The picture appears to be from a photoshoot that Kiara did recently. The Internet compared Kiara's look to Maggi noodles and comments like "When you love Maggi too much" and "Maggi never looked so good" were seen on her post. Another Instagram user wrote: "When you are bored of having Maggi, make a gown of it. Best way to stop food wastage."

Trolls aside, we can't overlook the fact that the 27-year-old actress looks absolutely stunning in the photograph. See for yourself:

Kiara Advani has also signed Netflix's Guilty with Karan Johar. This will be the actress' second project with the director. The duo have earlier worked together in Netflix's Lust Stories, which also starred Vicky Kaushal and Neha Dhupia.

Kiara Advani stepped into the Indian entertainment industry with the 2014 film Fugly. However, her breakout film was 2016's MS Dhoni: The Untold Story. She has also starred in films like Bharat Ane Nenu, Vinaya Vidheya Rama and Machine.