Vidya Balan, who is currently prepping for the release of Tumhari Sulu, dropped by on the sets of Amitabh Bachchans show Kaun Banega Crorepati 9 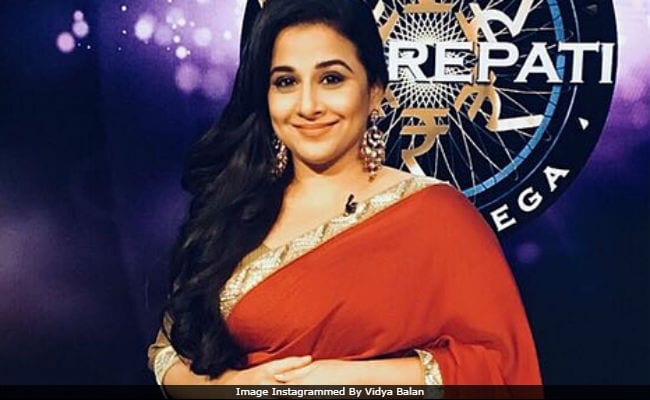 New Delhi: Vidya Balan, who is currently prepping for the release of Tumhari Sulu, dropped by on the sets of Amitabh Bachchan’s show Kaun Banega Crorepati 9, to promote the forthcoming film. Vidya, 38, shared a couple of pictures, in which, she is seen wearing a red customised sari. “On the sets of #KaunBanegaCrorepati yesterday for #TumhariSulu promotions!” Vidya captioned her post. In Tumhari Sulu, Vidya Balan features as Sulu, a late night radio jockey. Of the film, Vidya earlier told news agency IANS, “Tumhari Sulu is a fun film. Sulu is a late night RJ and it will unleash the naughty side of me."

Vidya Balan and Amitabh Bachchan co-starred together in the 2009 film Paa, along with Abhishek Bachchan.

Amitabh Bachchan wrapped the shooting of KBC 9 on Monday. “9 pm shall not be the same for many and many shall wait for it to happen again, albeit after a break of some months hopefully. This most complicated game show would never be the same if it were not for the dedicated and most constructive team of almost 450 personnel, working tirelessly round the clock in the varied and various departments of the show. To them my salutations," Mr Bachchan wrote in his blog.