KBC 9 host Amitabh Bachchan said: "A peculiar sadness descends upon all those that have connected with us" 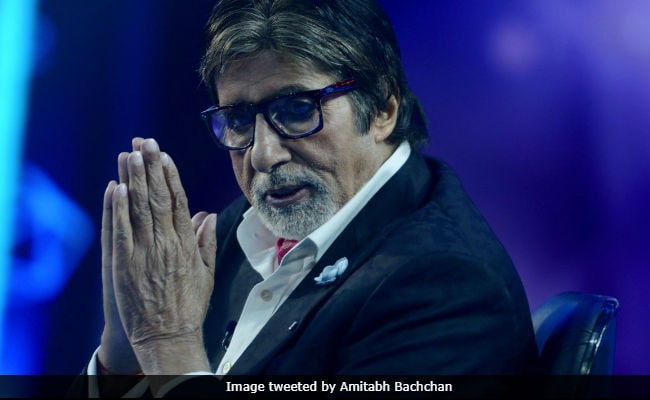 Amitabh Bachchan on the sets of Kaun Banega Crorepati 9. (Image courtesy: Big B)

New Delhi: A bad news and good news for Kaun Banega Crorepati 9 fans - bad news is that host Amitabh Bachchan has wrapped the shoot of Kaun Banega Crorepati 9 finale on Sunday and the good news is he hinted at the show's return "after a break of some months hopefully." Mr Bachchan, who has hosted eight out of nine seasons of the reality quiz show, wrote on his blog: "9 pm shall not be the same for many and many shall wait for it to happen again, albeit after a break of some months hopefully." He added: "A peculiar sadness descends upon all those that have connected with us on this season's KBC, including those that took part in its production and broadcast. But for today it shall have to be 'packers' now. The constant talking for the past month for KBC has infected my vocal chords and now with throat pain and swallowing problems. I am on antibiotics and pain killers to be able to work tomorrow the entire day for the finale of the KBC season 9."

In another blog post, the 75-year-old actor thanked the team of Kaun Banega Crorepati for pulling off yet another successful season. "This most complicated game show would never be the same if it were not for the dedicated and most constructive team of almost 450 personnel, working tirelessly round the clock in the varied and various departments of the show. To them my salutations," Mr Bachchan wrote.

Promoted
Listen to the latest songs, only on JioSaavn.com
"Thank you dear KBC team for your patience and your efficiency, your detailing and the intelligent outputs in its programming. The coordination and the execution of all that is required and at times not required (haha ehe) that was a little side one with those that I deal with and flush past them in mirth," he added.

Amitabh Bachchan is currently making Thugs Of Hindostan for Yash Taj Films. The film also features Aamir Khan, Katrina Kaif and Fatima Sana Shaikh. Mr Bachchan will also be seen with Rishi Kapoor in 102 Not Out and in Brahmastra with Ranbir Kapoor and Alia Bhatt.