Malaika Arora, Karan Johar and Sushant Singh Rajput are travelling to Melbourne to attend the Indian Film Festival of Melbourne 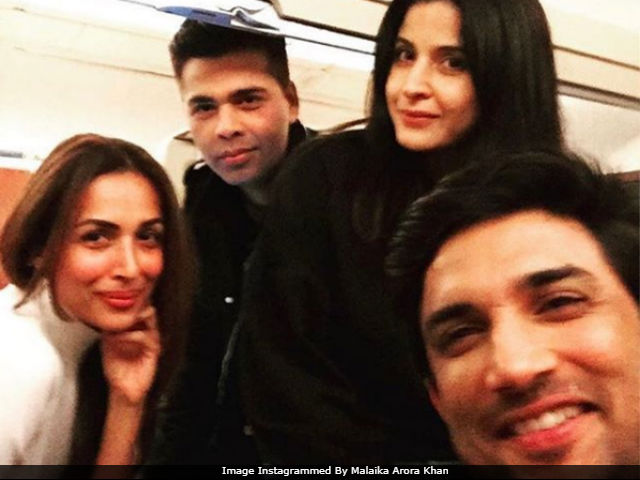 New Delhi: Malaika Arora, Karan Johar, Sushant Singh Rajput are travelling to Melbourne to attend the Indian Film Festival of Melbourne (IFFM) 2017. They are also accompanied by Maheep, wife of actor Sanjay Kapoor. The 43-year-old former model posted a selfie with KJo, Sushant and Maheep with the caption that read, "Melbourne here we come." The IIFM will be held in Melbourne from August 10 to 22. Films such as Ae Dil Hai Mushkil, Baahubali series, Badrinath Ki Dulhania and M.S. Dhoni: The Untold Story, Dangal will be premiered. Karan Johar was in charge of the Hindi release of Baahubali series while Ae Dil Hai Mushkil was directed by him. Sushant Singh Rajput played the protagonist in M.S. Dhoni: The Untold Story.

Karan Johar was pictured at the Mumbai airport along with Maheep Kapoor on Wednesday night. 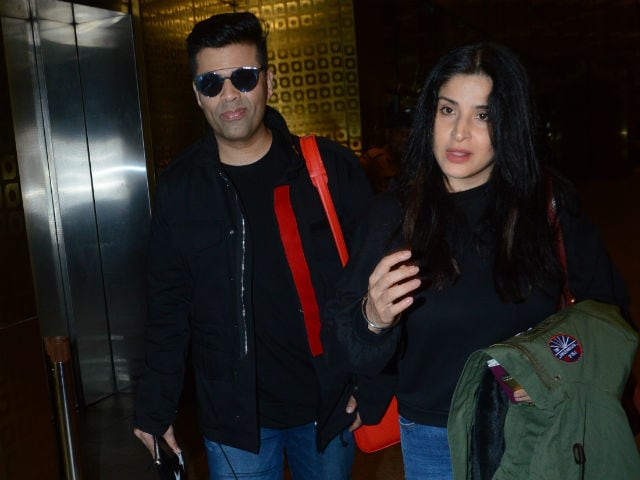 Karan Johar and Maheep Kapoor at the airport

Last night, Rahul Bose shared a picture with Konkona Sen Sharma. The actors are co-stars of 2002 film Mr and Mrs Iyer. "Mr and Mrs Iyer shared a bus and train ride 14 years ago. Now they share a plane ride," the 50-year-old captioned the post. Rahul Bose and Konkona Sen Sharma will also attend the IFFM. Rahul Bose's Poorna and Konkona's Lipstick Under My Burkha and A Death In The Gunj will be premiered. A Death In The Gunj is Konkona's directorial debut.

Promoted
Listen to the latest songs, only on JioSaavn.com
Malaika Arora is one of the co-curators of the fashion e-store The Label Life. She has been a part of several hit dance sequences.