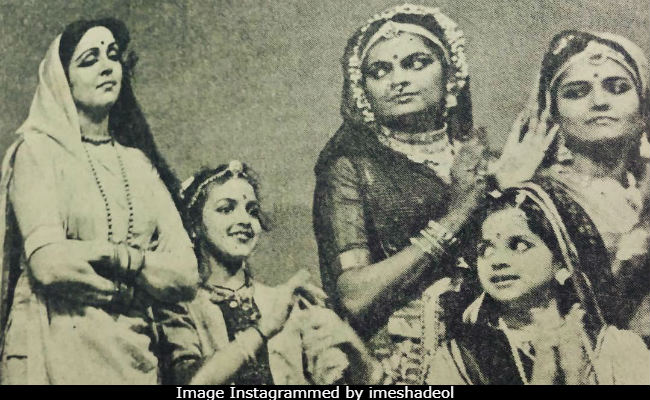 Is there anything like a throwback Tuesday? Sure there is, and actress Esha Deol made the best use of it as she dug out a priceless piece of blast from the past from her archives, also featuring mother Hema Malini and sister Ahana. The 36-year-old actress Instagrammed a photo from one of Hema Malini's stage performances - in the photo, much younger versions of Esha and Ahana can be seen in dressed in their on-stage characters as they joined Hema Malini in the ballet. Sharing the vintage-hued photo, this is what Esha Deol wrote: "Major throwback. Ahana and me performing on stage with my mom. Meera dance ballet where I played baby Meera."

Major throwback Ahana & me performing on stage with my mom .... #meeradanceballet where I played baby meera #danceforlife #indianclassicaldance

Esha Deol is a professional Odissi dancer, who trained with Guru Rabindra Atibuddhi. Esha was also trained in Bharatanatyam by Hema Malini and also often performs with her. Esha's younger sister Ahana Deol is also a trained Odissi dancer. Esha and Ahana are Hema Malini's daughter with Dharmendra. Here's a glimpse of Esha Deol's performance on Ram Navami, which the actress Instagrammed with the caption: "Felt divine grace while performing on stage as Sita for the first time in our Ramayan ballet! Gratitude. Happy Ram Navami!"

Felt divine grace while performing on stage as Sita for the first time in our Ramayan ballet! Gratitude Happy Ram Navami !

However, not just Hema Malini but even throwback photos of Esha with father Dharmendra can be spotted on her Instagram.

Esha Deol married longtime boyfriend Bharat Takhtani in 2012 and the couple welcomed their first child, daughter Radhya in October last year. Esha Deol, who was last seen in 2015's Kill Them Young, is all set for a comeback with short film Cakewalk.