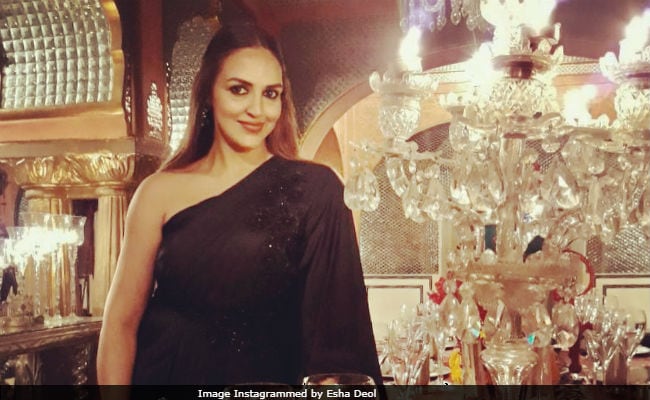 New Delhi: Actress Esha Deol is all set for her comeback on big screen with a Hindi short film Cakewalk, reported news agency IANS. Esha, who gave birth to daughter Radhya Takhtani on November 20, last year, will play the role of chef in the upcoming project. Speaking of her comeback, she told IANS, "Honestly, my priority is my daughter Radhya now. I have requested my husband to take a break for a few days and just be with Radhya while I wrap up the shoot in one schedule. And I am lucky to have someone like Bharat." Esha's last appearance on big screen was for 2015's Telugu film Maanja. However, her last Bollywood project was Tell Me O Kkhuda in 2011.

Cakewalk chronicles the personal and professional journey of a woman in the Indian society. Esha Deol will play the lead character. The project is being directed by Hema Malini's Biographer Ram Kamal and Abhra Chakraborty.

Talking about the project, Esha revealed that the idea for Cakewalk originated, while Hema Malini's biography Beyond The Dream Girlwas still underway. "The idea of making a film came into Ram Kamal's mind while he was interviewing me for his book on my mother," IANS quoted Esha as saying.

Of the film, Esha told IANS, "I think the idea came to Ram Kamal's mind after he interacted with a couple of working women from various walks of life. He has beautifully woven those incidents into his narrative."

Promoted
Listen to the latest songs, only on JioSaavn.com
Cakewalk will also star television actor Tarun Malhotra, opposite Esha Deol. The shooting will begin by the end of March.