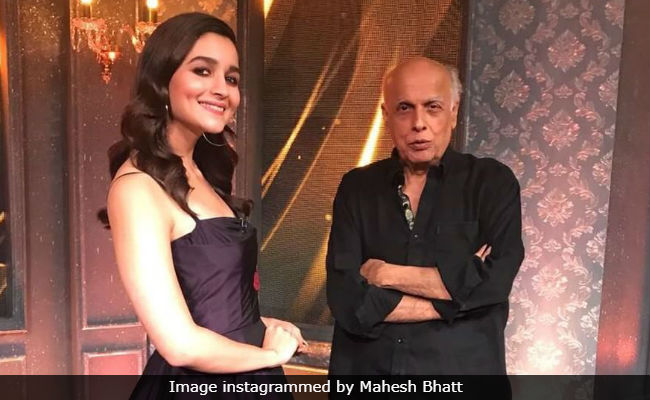 Everyone wants to know the truth of Alia Bhatt and Ranbir Kapoor's rumoured wedding. But her dad Mahesh Bhatt is not the right man to be pressed for deatils. At a recent event, when Mahesh Bhatt was asked about Alia Bhatt's relationship status and about the rumours of an impending wedding in the family, he told news agency IANS: "I have never spoken about my children's private lives. They are adults and it is their prerogative. I would never demean and belittle them by talking about it in public. It's their right and if they want to talk about it or to remain silent about it; it's their choice. I respect what they do with their life."

When Alia Bhatt was asked the same question a few weeks ago, she dismissed the reporters saying: "Rumours are not meant to be reacted upon... But honestly, I am in a very good place both personally and professionally so no issues whatsoever," reported PTI.

Meanwhile, the one thing about Alia Bhatt which Mahesh Bhatt is proud to speak on is her choice of films and her flourishing career. The filmmaker is extremely proud of his daughter's choice of films in the way she mixes commercial and critically-acclaimed movies. He told IANS: "I think Alia has made us very proud and she has astounded me in particular. I knew she was talented and she had this obsession of being in the movies. But movie after movie, I am astounded by her choices and the variety of films that she is doing. One of the proudest thing that happened to me as the father is that, she is doing all these things on her own and I feel that this is just the beginning for her."

Is there any advice he'd like to give Alia Bhatt?

"One thing that we have collectively succeeded in advising her as a family is 'you may have achieved tremendous achievements today but you have only scratched the surface and have miles to go'. Because I feel the worst enemy of any person in any business is the delusion when he or she feels that I am the god's gift to mankind. She is good but there is always somebody far more brilliant than her. She should keep her eyes open to see that," he was quoted as saying.