"My focus is to embody characters that can have a strong impact on the audience," said Alia Bhatt 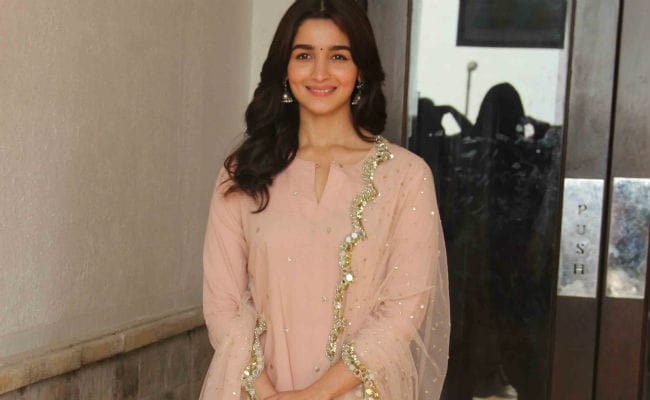 Alia Bhatt at an event in Mumbai.

Alia Bhatt, who often features in headlines for her rumoured relationship with her Brahmastra co-star Ranbir Kapoor, said that she is "used to getting attention from media" and that it "doesn't affect her much," reports news agency IANS. During a recent media interaction, Alia mentioned that being a part of a popular family, she witnessed a lot of media attention right from her childhood days and told IANS: "I grew up in a family of popular talent who has always been in the news. I've seen recognition and media attention right from childhood. With time, I've pretty much got used to it and now it doesn't really affect me as much." The Raazi actress added, "My only focus is to embody characters that can have a strong, positive impact on the audience."

Speaking to IANS, Alia also talked about how she wishes to maintain a balance between commercial and unconventional films. Alia, who has been extremely experimental in terms of the roles that she has portrayed on screen, told IANS: "I want to keep pushing myself with every role that I play. To strike a balance between commercial and brave films has always been a priority. I make it a point to not let pressure influence my choice of roles. An inhibition is always present in every actor's mind when they take up a challenging role, but the focus is always to give it our best shot and that is what we always strive for."

Alia Bhatt, who made her Bollywood debut in Karan Johar's 2012 film Student Of The Year, has delivered many hit films such as Highway, Udta Punjab, Humpty Sharma Ki Dulhania and 2 States among others.

On the work front, Alia recently returned from Bulgaria, where she was shooting for Ayan Mukerji's Brahmastra. Alia also has Zoya Akhtar's Gully Boy, Abhishek Varman's Kalank and Karan Johar's Takht in the pipeline.

"The Internet Made A Thing Out Of It": Siddhant Chaturvedi On Nepotism Debate With Ananya Panday