What's Special About This Mira Rajput Selfie? She Explains 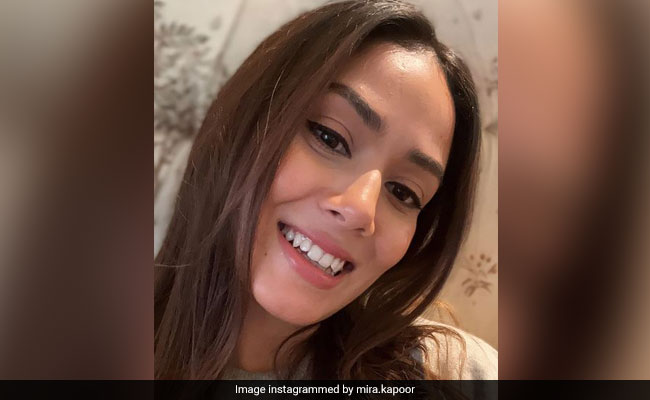 Can Mira Rajput take a selfie the way her children can? She can certainly try. "If I had to take a selfie like my kids," Mira captioned the close-up of herself she posted on Tuesday. This is what 'selfie like my kids' means for Mira Rajput: a smile that verges on a grimace and many takes instead of just one or two - "Let's not forget several bursts in the same spot," she ended her caption. Got it, fixed smile and a ton of safety shots. Also, Mira's camera roll is full of these selfies, as revealed by the hashtag she used. Mira's children with husband Shahid Kapoor - Misha and Zain - are only 5 and 3 respectively so they won't be reviewing mom's selfie attempt any time soon.

For her makeup, Mira has opted for a nude base, glossy pink lips, and kohled eyes and has kept her hair open.

Mira Rajput loves to interact with her fans on social media and shares details about her personal and professional front. She has established her own niche on social media and has 3.2 million followers on Instagram. Last year, Mira also launched her own YouTube channel. Through her channel, Mira Rajput shares her fashion and makeup hacks and rituals. She also talks about her yoga routine and covers other fitness-related issues.

Mira Rajput and Shahid Kapoor got married in July 2015. They welcomed their daughter Misha Kapoor in August 2016. In September 2018, Mira and Shahid became parents to son Zain Kapoor.

While Mira Rajput is busy with her YouTube channel, Shahid Kapoor is waiting for the release of his sports drama Jersey. The film was slated to release on December 31, 2021, but the release date was postponed due to the COVID-19 restrictions imposed by many states. Due to COVID-19 third wave, many states had shut cinema halls, gyms and malls. The new release date of the film is yet to be announced. Jersey is the official Hindi remake of South's film with the same name.