"Blessings all the way," wrote Vignesh 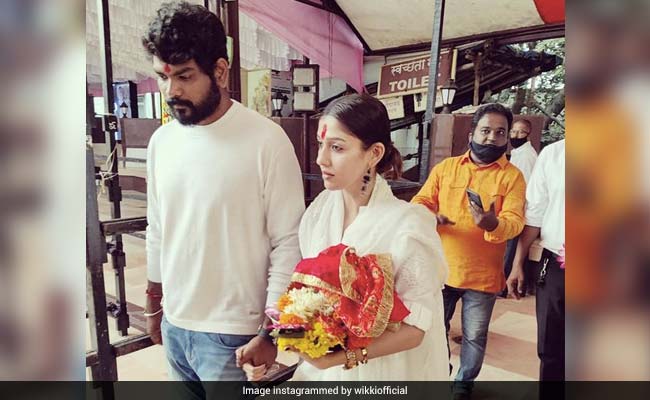 They fell in love soon after that. In 2019 too, Nayanthara addressed Vignesh as her "fiance" at an event, which triggered reports of their engagement.

This is what Vignesh posted on social media:

On Vignesh's birthday, he shared a few pictures with Nayanthara and he wrote in his caption: "Thank you Thangamey for the pleasant surprise birthday and the unmatchable gift of your presence in my life."

Nayanthara was last seen in AR Murugadoss' 2020 film Darbar, starring superstar Rajinikanth. The actress featured in several films, which included Chiranjeevi's Sye Raa Narasimha Reddy and Vijay's Bigil. Her upcoming projects are Mookuthi Amman and Siva-directed Mookuthi Amman. She also starred in Vignesh Shivan's Kaathuvaakula Rendu Kaadhal. The actress will next be seen in Annaatthe, with Rajinikanth and Keerthy Suresh.