What Would Simran Tell Raj In The Last Scene If DDLJ Was Made Now? Kajol Has The Answer 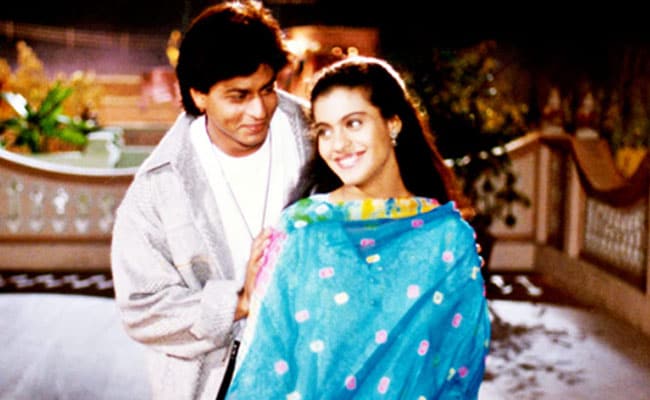 Kajol and Shah Rukh in a still from DDLJ (courtesy YouTube)

"Ja Simran ja... jeele apni zindagi" - who can forget Amrish Puri's climactic dialogue in Dilwale Dulhania Le Jayenge? 25 years later, Kajol, who played the role of Amrish Puri's daughter Simran, surely hasn't and neither have we. This week, the film's team are celebrating 25 years of DDLJ and Kajol, in tandem with the mood, put out an ROFL tweet on Thursday. Kajol's tweet reveals if DDLJ was set in current times, how the coronavirus situation would have altered the last scene. Sharing a Lifebuoy advert, Kajol rehashed Amrish Puri's dialogue and wrote: "Ja virus ja, jeene de humein apni zindagi."

The advert features a hilarious conversation between Kajol's Simran and Raj, played by Shah Rukh Khan, in the times of COVID-19 because sanitization first and then comes everything else. So, here's what Simran would tell Raj if DDLJ was made in present times.

Here's the iconic scene that Kajol is talking about:

Kajol and Shah Rukh Khan also recreated the "palat" scene on Twitter. In the movie, Raj chanted "palat... palat... palat", hoping Simran would turn back and look at him one last time before taking off on a train. Simran's farewell smile convinced Raj she's in love with him too, just like he was with her.