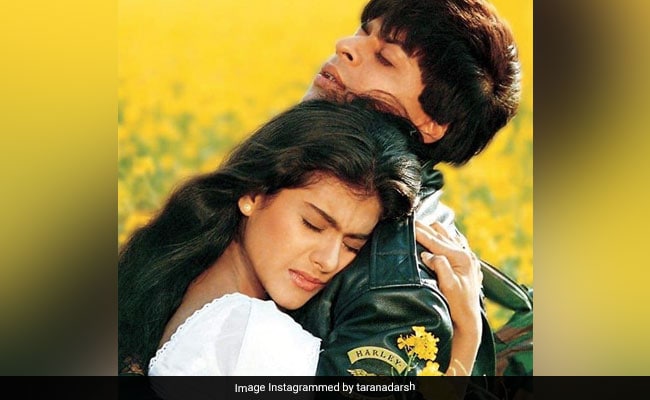 Yash Raj Films' Dilwale Dulhania Le Jayenge just completed 25 years on October 20 and there's no denying the fact that there's never will be another Bollywood romance like DDLJ. It is the longest running Hindi film in the history of Indian cinema - DDLJ ran in Mumbai's iconic Maratha Mandir for 25 years, starting in 1995 till the coronavirus induced lockdown shut down theatres. In 2001, DDLJ took over the title from Sholay, which was screened at the Minerva Theatre for five years. To celebrate DDLJ's 25 years, Yash Raj Films released the film's box office performance in the year of its release. Made on a budget of Rs 4 crore, Dilwale Dulhania Le Jayenge had recorded a worldwide collection of Rs 102.50 crore. "The film was made at a budget of 4 crore and the blockbuster, in 1995, collected Rs 89 crore in India, Rs 13.50 crore in overseas markets," said the YRF statement.