What Twinkle Khanna Is Eating And Shopping For In Paris 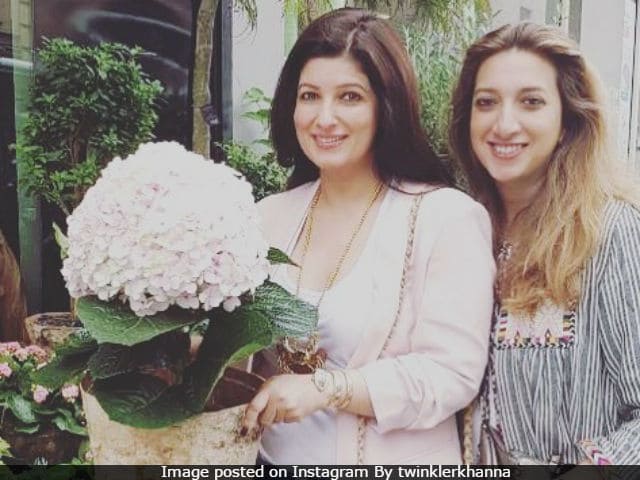 Twinkle Khanna is in Paris after 15 years (Courtesy: twinklerkhanna)

New Delhi: Author Twinkle Khanna has taken time off from her normal routine and is currently in Paris for a holiday-cum-reunion. She is accompanied by her friend Bindya Lulla, a fashion designer. Twinkle shared multiple pictures of the duo from Paris, where she updated about the host of her trip, the cuisine she tried and her shopping list. "Truffle pizza at Monsieur Bleu was highly recommended by our host Valentine and my taste buds are truly grateful," Twinkle captioned one of her posts. Twinkle and Bindya are in Paris after 15 long years, she revealed earlier. Twinkle, 43, is married to actor Akshay Kumar, 49. They are parents to son Aarav and daughter Nitara.

Here are pictures of Twinkle Khanna's 'reunion' with Bindya.

They enjoyed the sumptuous truffle pizza.

In just one day, Twinkle and her friend seemed to have scanned the grocery stores in Paris. Posting a picture of herself with Bindya, she wrote, "So far we have bought 1 bottle of wine, 2 bagels, 6 eggs, 4 lemons just incase life forgets to give us some to turn into lemonade and this blooming hydrangea."

So far we have bought 1 bottle of wine, 2 bagels, 6 eggs, 4 lemons just incase life forgets to give us some to turn into lemonade and this blooming hydrangea #LiveThere #saintgermain #MerciAirbnb

The first post on her Instagram account gave a clear idea that Twinkle is in full holiday mood. "Home away from home for the next few days #Paris #NoPeskyKidsThankGod #LiveThere," Twinkle captioned her post as she sits with a cup of coffee looking extremely relaxed.

With this post, Twinkle first updated her travel album.

Twinkle Khanna is the author of Mrs Funnybones and The Legend Of Lakshmi Prasad. She is now producing her husband's upcoming film Padman.

Akshay recently won his first National Award for Rustom. Twinkle accompanied her husband to the event in beautiful blue and pink sari. After the event, Twinkle revealed that she wished more friends like sari, "non-judgemental, accommodating and forgiving nature."

Promoted
Listen to the latest songs, only on JioSaavn.com
Here's her post:

A sari is non-judgemental, accommodating and forgiving in nature- I wish we had more friends like that as well:) #SariStoryMay 4, 2017

Twinkle Khanna's last film as an actor was 2001's Love Ke Liye Kuch Bhi Karega. She is the daughter of late actor Rajesh Khanna and Dimple Kapadia. He has co-produced many of Akshay's films like Tees Maar Khan, Thank You, Patiala House and Holiday: A Soldier Is Never Off Duty.