What Tom Hanks Learnt During Coronavirus Quarantine: How To Spread Vegemite, Not To Play Cards With Wife

"But I have learned not to spread my Vegemite so thick," wrote Tom Hanks 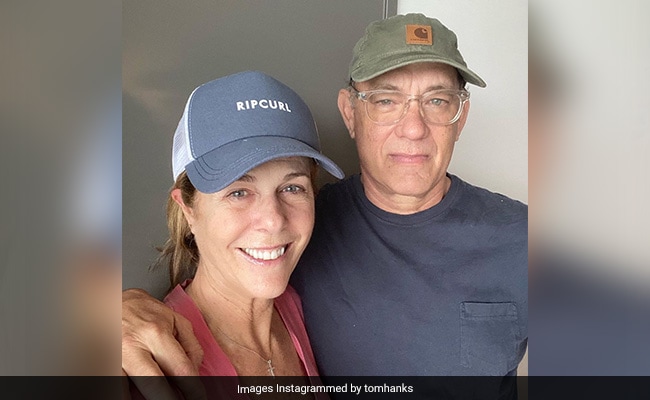 Tom Hanks, who has been released from the Australian hospital where he was in isolation since testing positive for the coronavirus last week, shared a bittersweet update on his Twitter handle on Wednesday morning and it would be right to say that it is more sweet that bitter, actually. Mr Hanks shared a picture of a typewriter which kept him busy during the quarantine in Australia, where was accompanied by his wife Rita Wilson, who also tested positive for COVID- 19. The 63-year-old actor, in his post, stated that one week after testing positive and staying in isolation, he has resumed basic chores like "folding laundry and doing dishes." The bad news - his wife Rita won 6 straight hands of gin rummy. Oh, and  Tom Hanks also learned to eat vegemite the Ausie way ( with not a very thick spread on his toast).

"Hey folks. Good News: One week after testing positive, in self-isolation, the symptoms are much the same. No fever but the blahs. Folding the laundry and doing the dishes leads to a nap on the couch. Bad news: My wife Rita Wilson has won 6 straight hands of gin rummy and leads by 201 points. But I have learned not to spread my Vegemite so thick. I travelled here with a typewriter, one I used to love. We are all in this together. Flatten the curve. Hanx," Tom Hanks tweeted.

During the quarantine phase in Australia, the Forrest Gump actor kept his fans updated via Twitter. Earlier, this week, he shared a picture of Vegemite and a toast spread with it. The actor got a lot of advice about eating Vegemite in the quintessential Australian way, on Twitter. This is the post we are referring to:

Tom Hanks and Rita Wilson were in Australia for a new biopic on Elvis Presley, in which the actor was cast as the Elvis' manager. The Academy Award winner was last seen in A Beautiful Day In The Neighborhood for which he received an Oscar nomination.

The novel virus which originated in Wuhan, China late last year, has been classed as a pandemic by the World Health Organisation (WHO). Over 140 people across India have tested positive for the virus. In the wake of the coronavirus outbreak, the releases of several Hollywood as well as Bollywood projects have been shifted indefinitely. The grand fashion festival Met Gala,which was scheduled to take place on May 4, this year, has also been postponed.