After New Tweet, Tom Hanks Is Being Given Advice On How To Eat Vegemite The Aussie Way 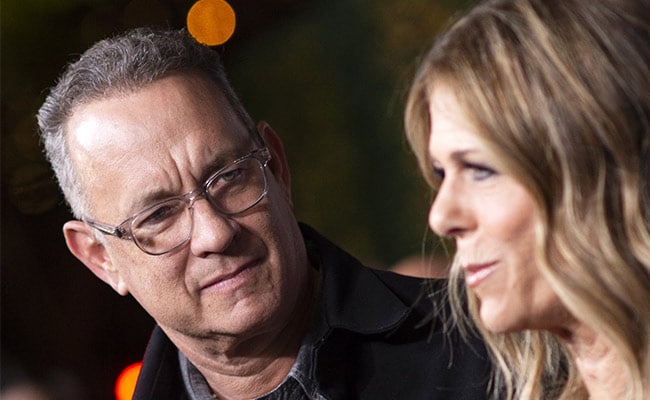 Tom Hanks, isolated in Australia with COVID-19, is being fed Down Under's national dish - Vegemite on toast. The Forrest Gump actor has been keeping fans updated via Twitter ever since he was diagnosed with the Coronavirus; his latest tweet, however, has prompted a flood of Aussie advice. The tweet - a message of thanks to those helping care for Tom Hanks - his wife Rita Wilson is also Coronavirus positive - was accompanied by a picture of a tube of Vegemite and a plate of toast spread with it. Vegemite, a yeast extract, is the Australian version of Marmite and popular to the point of being an obsession in the country. Tom Hanks, it appears, has not nailed the Aussie way of eating Vegemite on toast. To be clear, his toast is spread with too much Vegemite.

The comments thread on his tweet is full of helpful responses from Australians giving Tom Hanks Vegemite advice. "The secret to Vegemite toast is 1/3 Vegemite and 2/3 butter maximum," apparently. "Tom, what are you doing? No Australian puts that much Vegemite on his toast," read another response. Tom needs to scrape 60% of the Vegemite off, it seems. Read the responses here:

Dear Tom, that's lovely but you spread the vegemite way too thick! The secret to vegemite toast is 1/3 vegemite to 2/3 butter maximum! And add smashed avocado for extra awesomeness.

okay you need to scrape around 60% of that vegemite off, otherwise it's gonna be nasty and hurt your mouth friend.

Ok. Tom... 1) Not THAT much Vegemite. 2) You need a bit of butter or margarine on the toast first. 3) Aussies - Vegemite tips for Tom #vegemitetipsfortom

Dear Mr Hanks,
Re: Use of Vegemite.pic.twitter.com/Krln7QzTYG

Mate. The #coronavirus is not going to getcha, that Vegemite will. That is expert level vegemite spreading. You need to start with waaaay less than that!!! Hope you are OK (for both reasons, virus and vegemitus)

Tom please ask someone at the hospital how to use vegemite at non-hazardous levels.

Tom, with all due respect NOBODY uses that much vegemite. I'm sure you're getting a little down but Don't give up, death by vegemite is not how we want to see you leave us.pic.twitter.com/1kud0Lhl5T

Our favourite response is this one, a riff on Tom Hanks' "life is like a box of chocolates" line from Forrest Gump:

'Life is like a tube of Vegemite. Don't try it all at once.'

Tom Hanks announced on Twitter last week that he and Rita Wilson were down with the Coronavirus:

His next tweet referenced another iconic dialogue, this time from the film A League Of Their Own - "there's no crying in baseball."

Tom Hanks and Rita Wilson were in Australia for a new biopic on Elvis Presley, in which the actor was cast as the Elvis' manager.

Twitter has been overwhelmed by the beloved actor's Coronavirus announcement; fans think he's going to be fine though, seeing as how he survived a plane crash and marooning in the film Cast Away, isolation as a stateless person in The Terminal, pirates in Captain Phillips and various other adventures on-screen.

The Coronavirus pandemic has led to several work on film and TV productions being suspended. Many ready to release projects - such as Akshay Kumar's Sooryavanshi - have been postponed.