"Samisha is a bundle of joy and has brought in so much happiness in the family," said Shamita Shetty 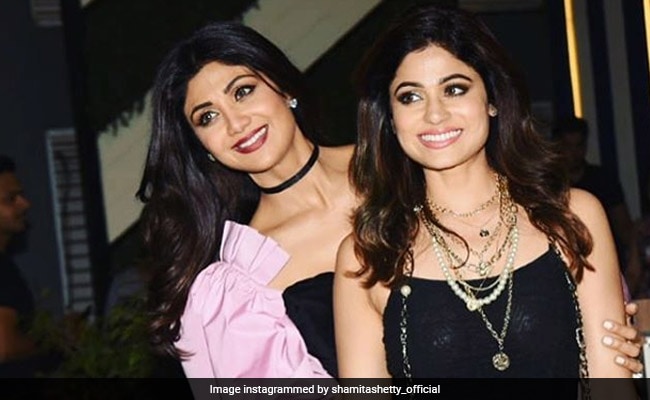 Shamita Shetty can't keep calm and why should she? She just became a maasi (aunt) once again. During a recent media interaction, Shamita revealed that her sister and Bollywood actress Shilpa Shetty always "wanted a daughter," reports news agency IANS. "I'm so excited to become maasi once again. Samisha is a bundle of joy and has brought in so much happiness in the family. Shilpa always wanted a daughter and I cannot be happier for the couple," IANS quoted Shamita as saying.

Last week, Shilpa Shetty and Raj Kundra made a surprise announcement on social media, in which they revealed the arrival of the latest addition to the Kundra family - a baby daughter named Samisha. "Our prayers have been answered with a miracle... With gratitude in our hearts, we are thrilled to announce the arrival of our little angel Samisha Shetty Kundra. Born: February 15, 2020. Junior SSK in the house," read an excerpt from Shilpa's post.

||Om Shri Ganeshaya Namah|| Our prayers have been answered with a miracle... With gratitude in our hearts, we are thrilled to announce the arrival of our little Angel, Born: February 15, 2020 Junior SSK in the house 'Sa' in Sanskrit is "to have", and 'Misha' in Russian stands for "someone like God". You personify this name - our Goddess Laxmi, and complete our family. Please bestow our angel with all your love and blessings Ecstatic parents: Raj and Shilpa Shetty Kundra Overjoyed brother: Viaan-Raj Kundra . . . . . . . . . #SamishaShettyKundra #gratitude #blessed #MahaShivratri #daughter #family #love

Shipa Shetty married businessman Raj Kundra in 2009 and the couple are parents to a son named Viaan Raj Kundra, 7.

Shamita Shetty made her Bollywood debut with the 2000 film Mohabbatein. Shamita has also been a part of films like Fareb, Bewafaa, Zeher and Cash among others. Shamita also participated in television reality shows such as Bigg Boss 3 and Jhalak Dikhhla Jaa.