"There never was, and never will be another RF," wrote Anisha Padukone 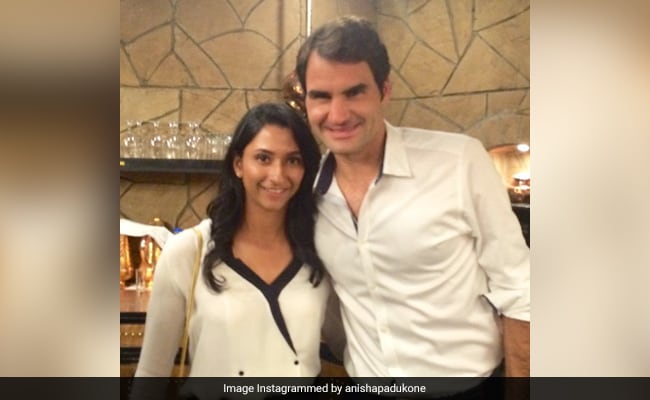 Tennis player Roger Federer's retirement announcement has come as a shocker to many of his fans. Many are expressing their thoughts on social media, but what caught our attention was Deepika Padukone's sister Anisha Padukone's post for him and her brother-in-law Ranveer Singh's comment on it. Sharing a few throwback pictures of her with the Tennis player on Instagram, Anisha Padukone on Thursday wrote, "Casually flexing for relevance with these pictures. Jokes apart, eternally grateful to have had these opportunities. What sets him apart is not just what he could do on a tennis court, but also the wonderful person that he is. There never was, and never will be another RF."

Anisha's brother-in-law and actor Ranveer Singh commented on the post. His comment read, "Amaze" with a star-eyed emoji.

On Thursday evening, Roger Federer announced his retirement by sharing a lengthy note on his Twitter handle. Roger, who is regarded as the greatest male Tennis player by many will retire after next week's Laver Cup in London.

Anisha Padukone is a professional golf player and the younger sister of Deepika Padukone. Their father, Prakash Padukone is a former badminton player from India.

Anisha shares very few posts on social media. However, her love for sports can be seen on her Instagram account. A few years ago, Anisha shared a picture of a crowded tennis court. Her caption read, "The kind of stuff sporting dreams are made of," with a star-eyed emoji.

Anisha shares a special bond with Ranveer Singh as they are often seen commenting on each other's posts. Just a few days ago, when Ranveer Singh posted his emotional winning speech on Instagram, Anisha commented, "Who is cutting the damn onions." She is often spotted with her sister Deepika Padukone on many occasions.