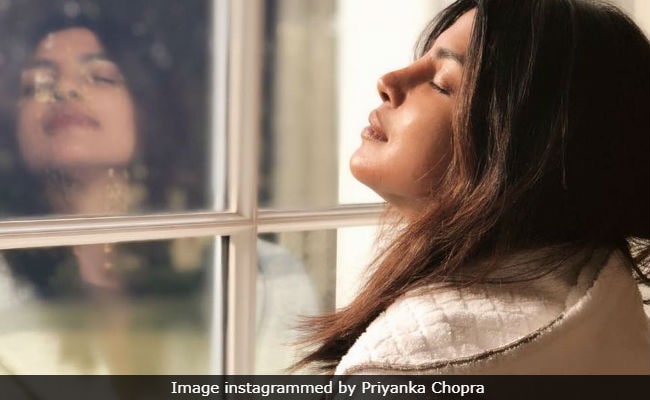 New Delhi: Priyanka Chopra arrived for the royal wedding in London one day in advance. The 33-year-old actress is on the guest list of Meghan Markle, who is marrying Britain's Prince Harry today. After her arrival in London, Priyanka Chopra posted two pictures - one of the perfect summer weather (the royal wedding will look blissful) and in the other picture, she laughed and joked with her team in the cottage where she's staying, still waiting for the arrival of the dress she'll wear to the wedding. Priyanka Chopra is staying within a 10-mile radius from the wedding venue - St George's Chapel in the grounds of Windsor Castle. Priyanka and Meghan Markle have been friends for over a year but the Quantico star is not among the bridesmaids.

Welcomed by the UK sun... #nomakeupnofilter

Last month, Priyanka Chopra told People magazine that she's super excited about Meghan Markle's big day. "It's not just going to be life-changing for both of them, it's life-changing for the world that needs to see strong women as icons, and I think Meghan has the potential to be that," she was quoted as saying.

Promoted
Listen to the latest songs, only on JioSaavn.com
Earlier this year, Priyanka Chopra wrote an essay for Meghan Markle to accompany her mention on the Time Magazine's 2018 list of 100 Most Influential People. Though she's not a bridesmaid, this line from Priyanka's write-up seems perfect for a toast: "Meghan, standing shoulder to shoulder with Harry, will be a princess for the people."

Prince Harry and the former Suits star will say 'I do' by noon and they'll later travel through Windsor in a carriage. They will attend the a reception for congregation guests at St George's Hall and later in the evening, Prince Charles will also host a private reception for the couple and close friends and family.