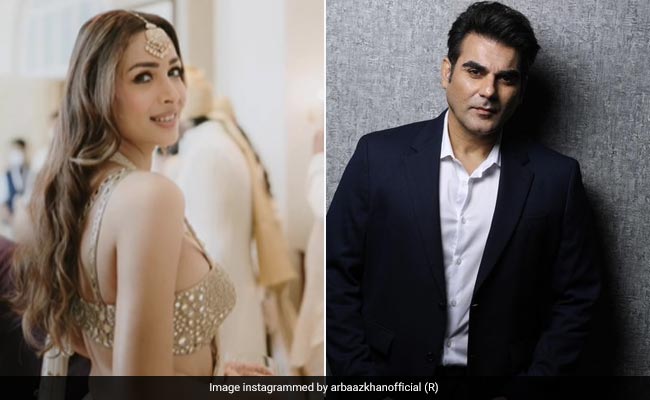 Arbaaz Khan, on Wednesday, dropped an update on his next film Patna Shukla on Instagram. The actor announced that he has begun shooting for the movie and shared a picture of the clapboard. However, what grabbed our attention was his ex-wife Malaika Arora's comment on the post. Sharing the photo, Arbaaz wrote, "Patna Shukla An Arbaazkhanproduction begins its filming in Bhopal with a start to finish shooting schedule.. Our powerhouse cast and crew includes Raveena Tandon." Soon after he shared the post, Malaika wrote, "All the best Arbaaz Khan."

Arbaaz Khan and Malaika Arora got married in 1998 and welcomed their son Arhaan Khan in November 2002. However, after 18 years of marriage, the couple separated in 2017 and continues co-parenting their son.

Now Arbaaz is dating model Giorgia Andriani, while Malaika is in a relationship with actor Arjun Kapoor.

Recently, during an interview with Siddharth Kannan, when Arbaaz Khan was asked about his equation with Malaika Arora post-divorce, he said, "We have a child (Arhaan Khan) together, so we have to be in a nice state of mind, and that's how we've always been. And yes, we've both grown to be different people. We've matured over the years and have been a little more accepting about each other's... a lot of things."