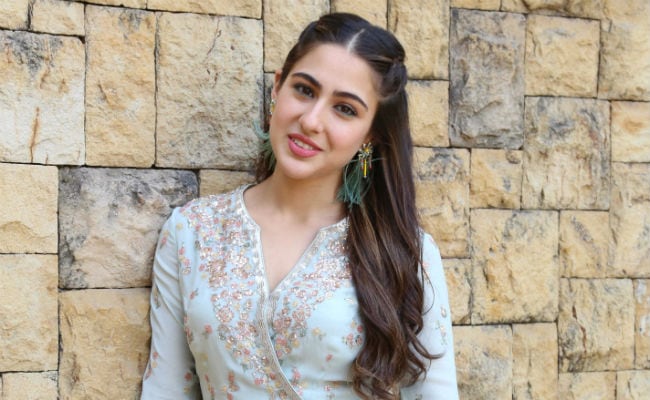 On Neha Dhupia's talk show No Filter Neha, actor Kartik Aaryan was asked 'did any sort of sparks fly' when he met actress Sara Ali Khan at a party, after her 'dating confession' (more on that later). He replied by saying, "She's very pretty. She's very soothing." A video of Kartik revealing his 'no filter' side was shared by Neha on her Instagram timeline with the caption, "Kartik Aaryan's shocking and hilarious stories." Of the meeting with Sara, Kartik also added, "I think Saif Sir was also there, so it was all eco-friendly." Sara is Saif Ali Khan's daughter with Amrita Singh. She made her Bollywood debut with the recently-released Kedarnath.

For those who need a refresher, here's the backstory. Sara Ali Khan, on Koffee With Karan 6, said she "wants to date" Kartik Aaryan. After Sara's confession, Kartik was asked about her statement. He blushed and said, "I don't know what to say but I think she is really pretty" and added, "Haan, matlab coffee pina chahunga."

And of course, this man is absolutely floored! @TheAaryanKartik's reaction to hearing about the stunning #SaraAliKhan wanting to date him He's blushing and completely flustered

Last week, Kartik cheered for Sara during a special screening of Kedarnath, along with stars like Janhvi Kapoor and Ishaan Khatter.

After Kedarnath, Sara Ali Khan will be seen in Simmba, along with Ranveer Singh. The Rohit Shetty-directed film releases on December 28.

Meanwhile, Kartik Aaryan is best-known for his Pyaar Ka Punchnama films. He has also worked in Aakash Vani and the blockbuster Sonu Ke Titu Ki Sweety. His next film in Luka Chuppi with Kriti Sanon. The release date of which was announced on Tuesday. Luka Chuppi hits the screens on March 1, 2019.