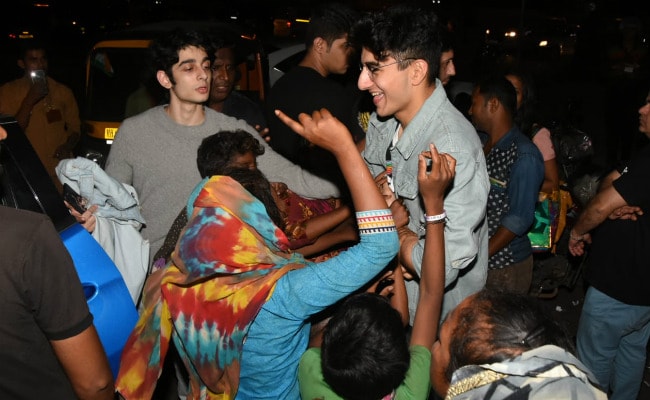 Ibrahim Ali Khan outside a Mumbai eatery with young fans

Saif Ali Khan's son Ibrahim Ali Khan and Akshay Kumar's son Aarav Bhatia dined out with friends on Sunday night and as soon as they exited the suburban Mumbai eatery, they were greeted by street children in no time. While Aarav made his way to the car, Ibrahim had to navigate through a sea of young fans, eager to interact with him. Ibrahim Ali Khan was huge sport and greeted the young fans with a warm smile as he made his way through to his car. Also spotted exiting the doors of Bastian were Pooja Bedi's daughter Alaia Furniturewalla, Janhvi's sister Khushi Kapoor and Malaika Arora's son Arhaan Kapoor. Alaia, chic in a pair of denims and crop top, happily posed with the street children for the shutterbugs. 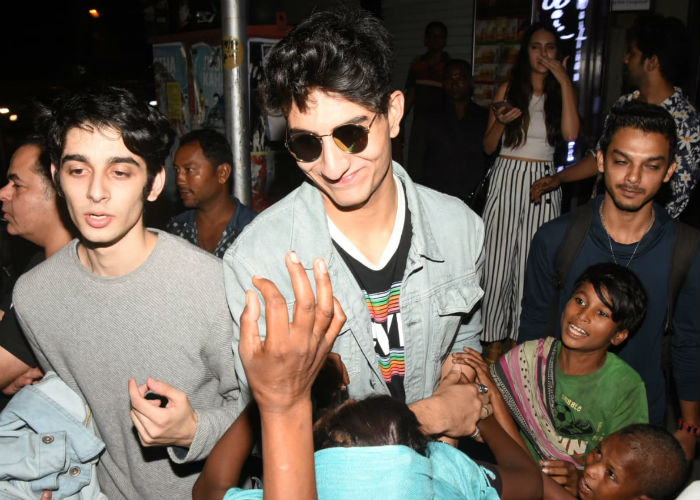 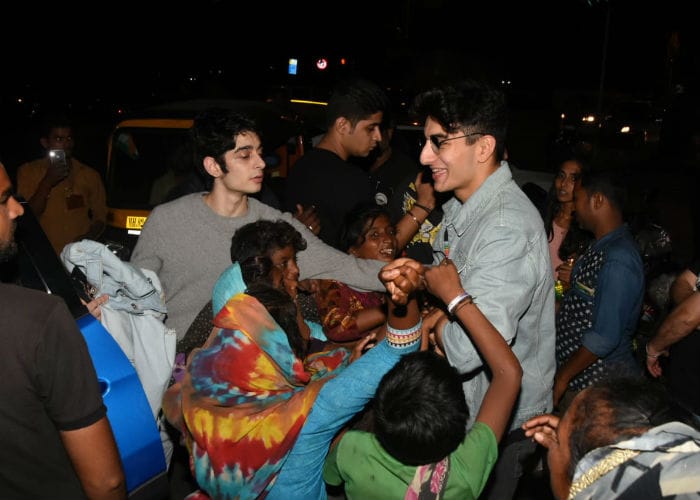 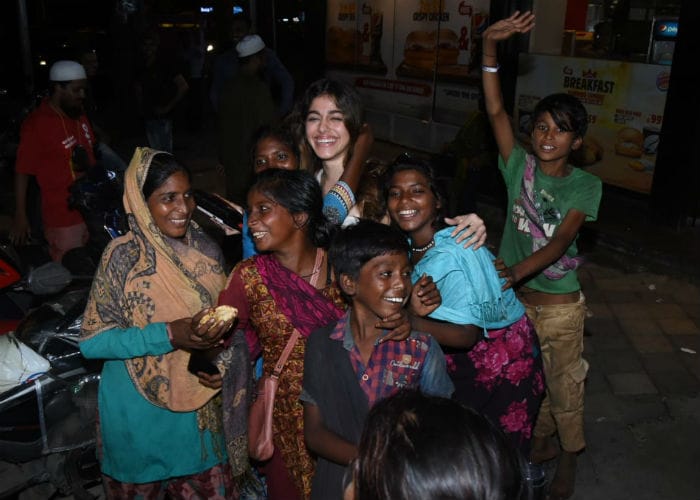 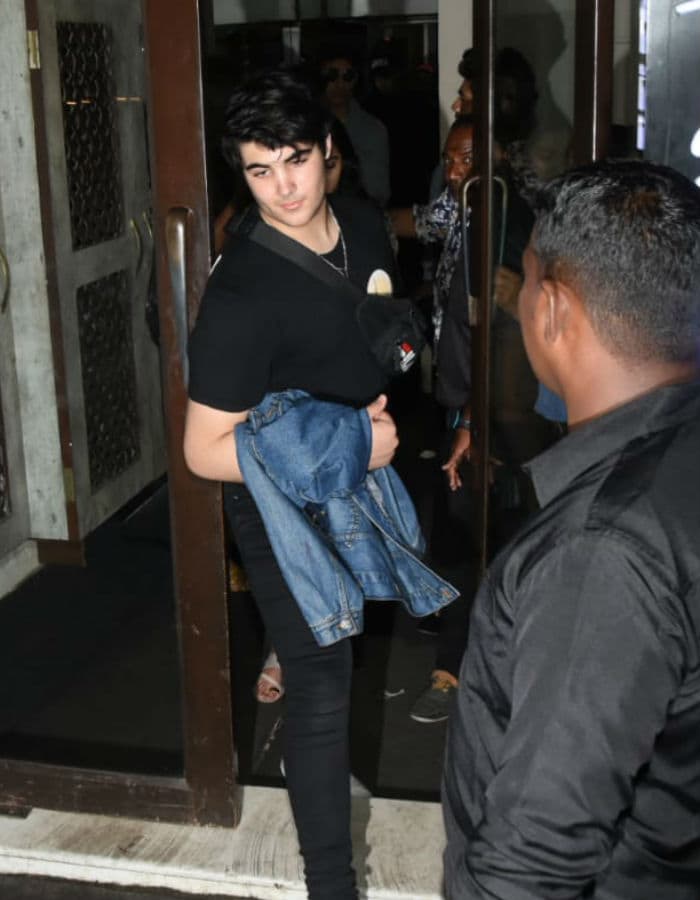 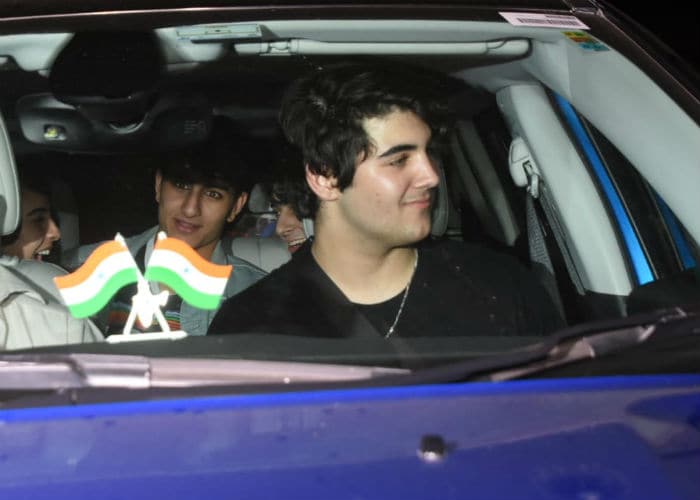 Here are more photos from outside Bastian: 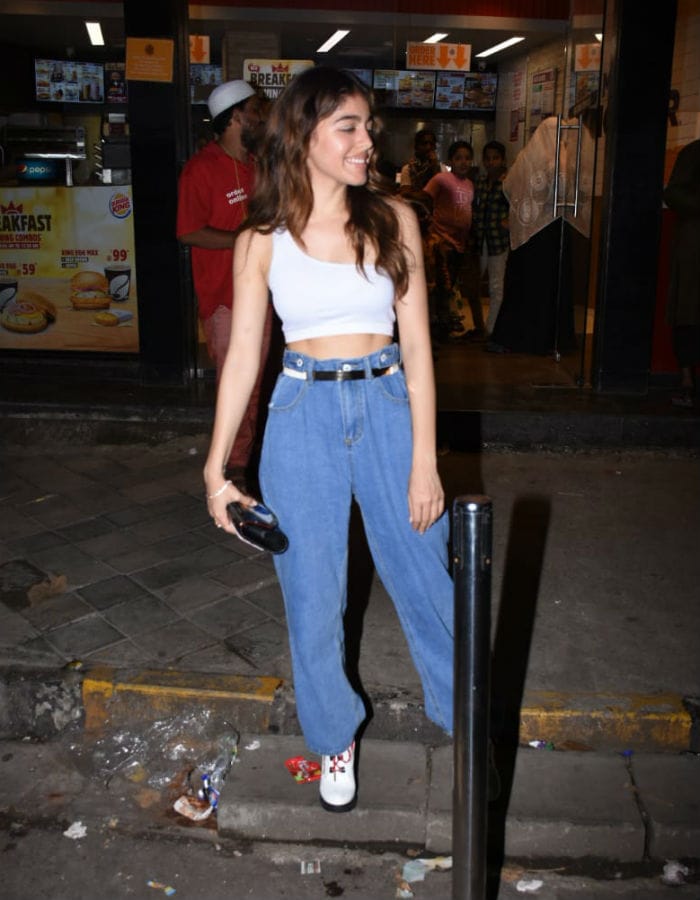 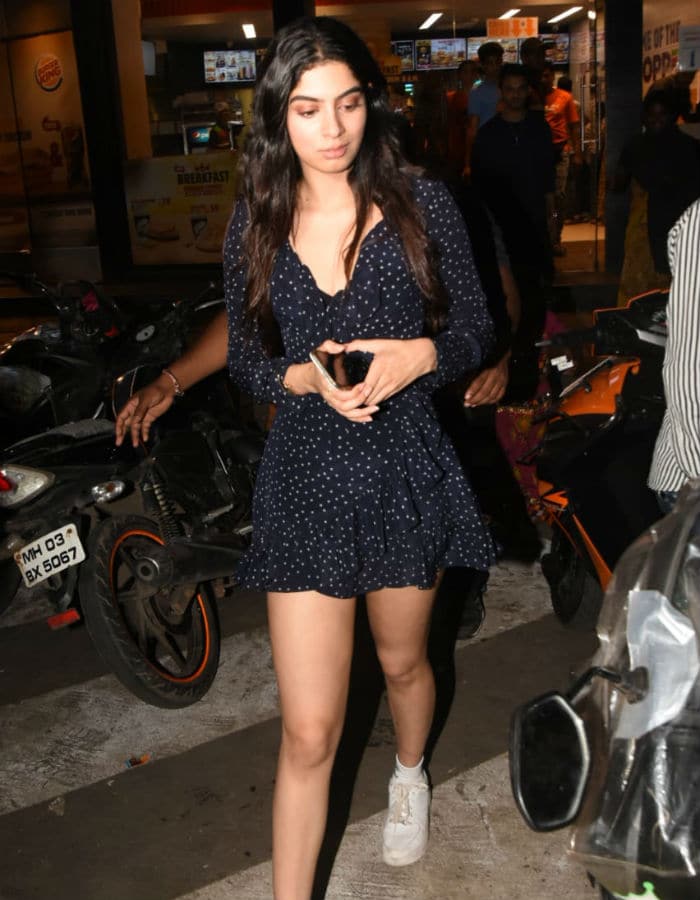 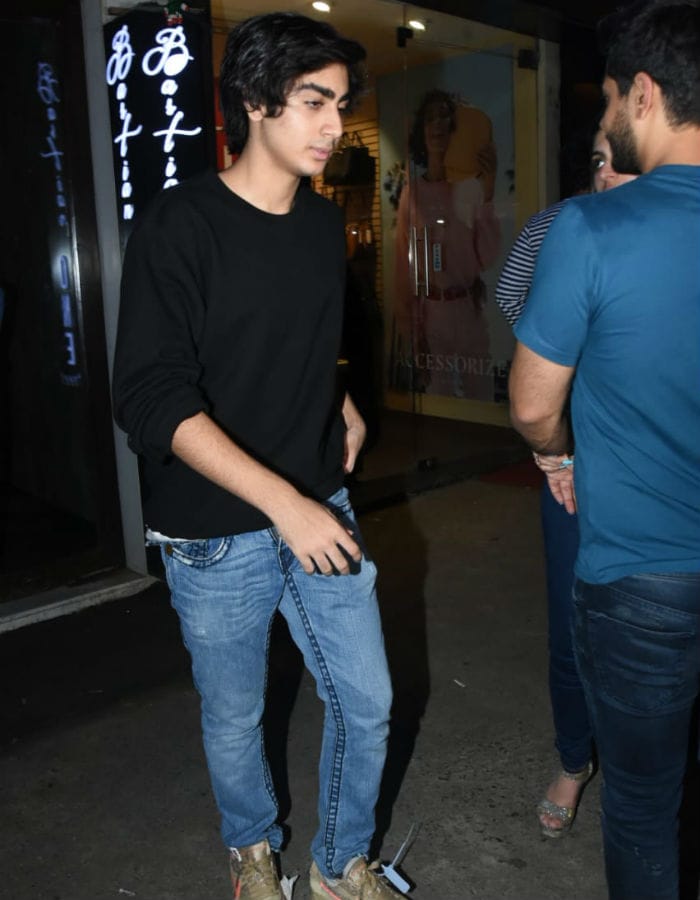 Aarav Bhatia and Ibrahim Ali Khan are often spotted chilling together in and around Mumbai but there's been no word on whether either of them aspires to have a career in films. However, Ibrahim makes more showbiz appearances than Aarav - Ibrahim cheered for Sara Ali Khan from the FDCI India Couture Week front row as she made her runway debut.

Meanwhile, Aarav often features on Twinkle Khanna's hilarious Instagram posts. He also inspired Akshay Kumar to make his digital debut with Amazon Prime web-series The Wire. "If I were to make a small confession here, it was my son Aarav who suggested that I make my digital debut as that's what the youth is hooked onto. On this medium, I want to create something extraordinary and connect with them," Akshay recently told IANS.

Alaia Furniturewalla is making her Bollywood debut with Jawaani Jaaneman, in which she plays Saif Ali Khan's onscreen daughter.