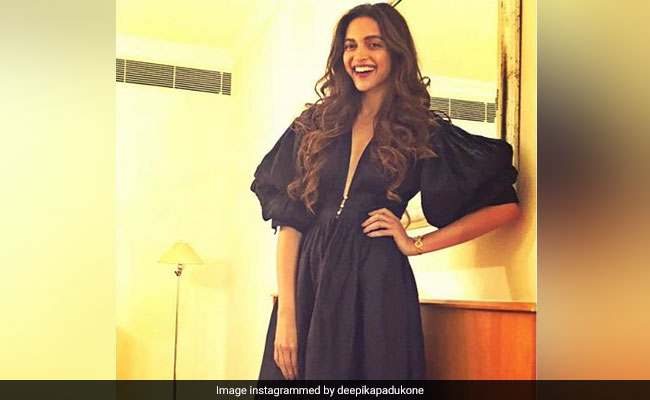 Deepika Padukone's trip to New York included some hanging out with Ranbir Kapoor's parents Rishi and Neetu Kapoor, who thanked her with an adorable gift - a bracelet - and lots of blessings. The 33-year-old actress shared a glimpse of the new bracelet, tagging both Neetu Kapoor and Riddhima Kapoor Sahni on her Instagram story. Ranbir's sister Riddhima is a jewellery designer and the bracelet appears to be designed by her. "Blessings and good wishes," Deepika wrote on her Instagram story. Earlier, Deepika showered Neetu Kapoor with love as she wrote in an Instagram comment on Neetu's post: "To good health, happiness, peace of mind and many, many more laughs." 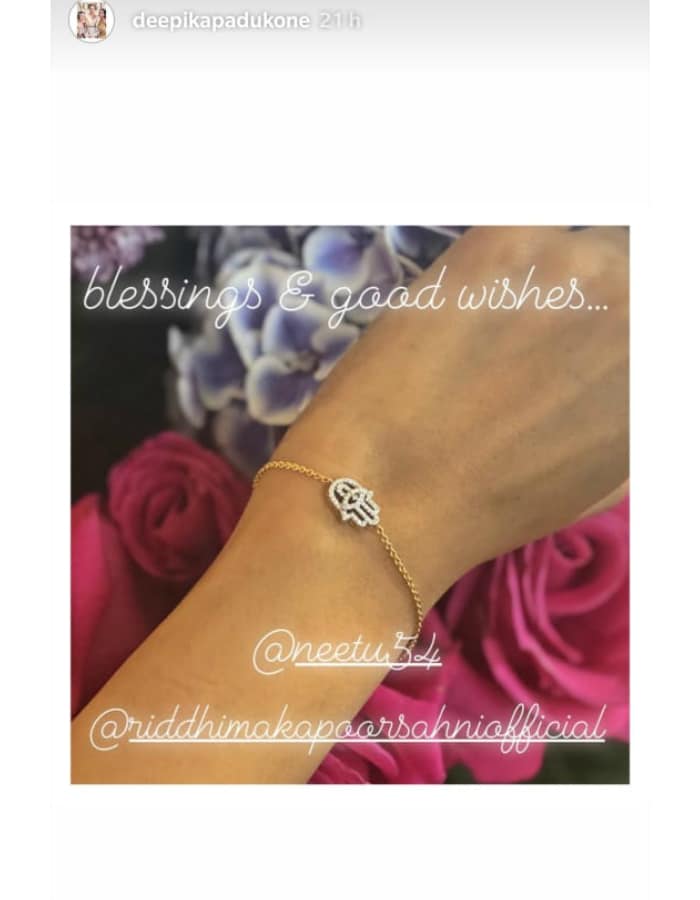 On Sunday, Neetu Kapoor filled up her Instagram with an album full of pictures from when Deepika Padukone stopped by to meet them in New York. "Such a fun evening with adorable Deepika Padukone... gave lot of love and warmth," said Neetu while Deepika reciprocated in the comments and wrote: "Thank You both for such a fun, memorable evening!" We also spotted Riddhima dropping the heart emojis.

Here's how much fun the evening was:

Meanwhile, Rishi Kapoor has been undergoing treatment for cancer in the Big Apple for the past eight months. However, the veteran actor is now cancer free and will return home soon. Speaking to news agency IANS recently, Ranbir Kapoor said: "He is doing much better. Hopefully, he should be back in a month or two and his spirits are up and there is a lot of positivity in his behaviour."

Deepika Padukone and Ranbir Kapoor are exes - they reportedly started dating during the shooting of Bachna Ae Haseeno and parted ways sometime in 2009.