'Were You On Stage With Them?' Arjun Kapoor Trolls Malaika Arora For Her U2 Concert Post 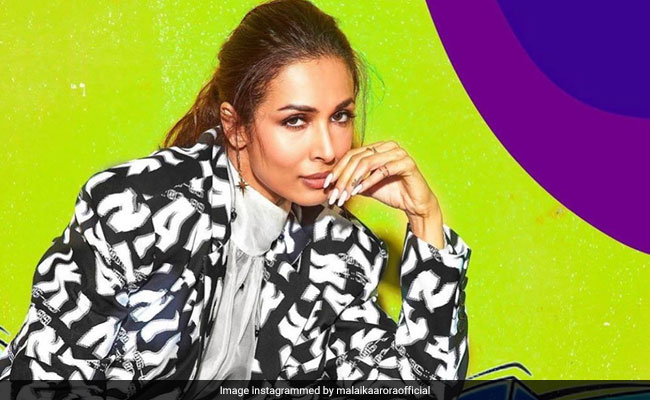 We were beginning to miss Arjun Kapoor's near-daily trolling of reported girlfriend Malaika Arora when he gave us this Monday morning blues-buster. Malaika, who was one of the many celebs to attend U2's first ever India concert at Mumbai's DY Patil Stadium on Sunday evening, shared some pictures on Instagram and captioned it: "Thank you for the music U2. Doesn't get better and closer than this." The pictures do seem to show that Malaika was up close and personal with the legendary rockers, giving Arjun, who has a rep to protect when it comes to epic trolling of his friends, wrote in the comments section: "Were you on stage with them?" Just like us, Malaika couldn't control her laughter after reading Arjun's comment and she replied to his comment with several LOL emojis.

Take a look at Malaika Arora's post on the U2 concert here:

Here's what Arjun Kapoor wrote in the comments section: 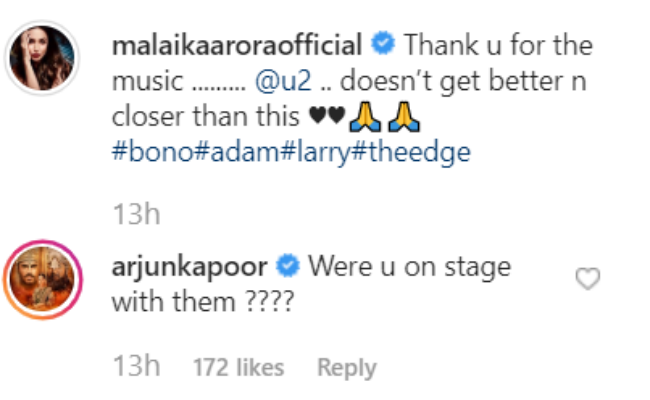 Malaika Arora and Arjun Kapoor frequent headlines, trending lists and social media together, in addition to often making public appearances IRL. They made it Instagram official on Arjun's birthday this year - Malaika Arora shared an adorable picture on her Instagram with an equally adorable message for the birthday boy.

In terms of work, Malaika Arora was last seen as one of the judges on the TV reality show India's Got Talent. She also featured in the song Hello Hello from Vishal Bhardwaj's 2018 film Pataakha.

Arjun Kapoor recently featured in the period drama Panipat, co-starring Kriti Sanon and Sanjay Dutt. The actor will next be seen in Sandeep Aur Pinky Faraar, alongside Parineeti Chopra.