"We are good!" wrote Riddhima on social media 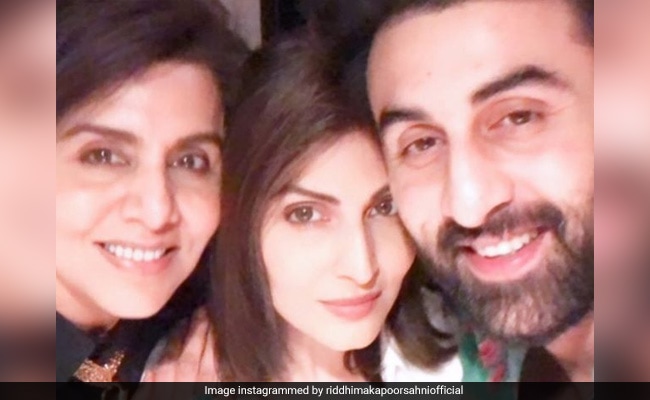 Riddhima Kapoor Shani, on Sunday, dismissed rumours that claimed that her mother Neetu Kapoor and brother, actor Ranbir Kapoor tested positive for COVID-19. Riddhima, in her latest post on Instagram, shared an update about the health of her mom and brother and wrote that they "fit and good," contrary to rumours stating that have been diagnosed with coronavirus. She also called the people spreading rumours "lunatics" and "attention-seeking." After superstar Amitabh Bachchan and his son, actor Abhishek Bachchan, tested positive for coronavirus on Saturday night, rumours began spreading that Ranbir Kapoor, Neetu Kapoor and filmmaker Karan Johar have also contracted the virus after partying with Amitabh Bachchan's grandson Agastya Nanda at Neetu Kapoor's birthday celebrations.

Sharing a screenshot of a tweet spreading the rumour, Riddhima wrote: "Attention seeking? At least verify/clarify! We are fit. We are good! Stop spreading rumours! #lunatics #fakenews."

Pictures from the get-together were shared on social media by Neetu Kapoor. Check them out here:

On Neetu Kapoor's birthday, Riddhima Kapoor Sahni also shared a picture of herself, Neetu Kapoor and Ranbir from the get-together. She wrote, "Happiest birthday, my Iron Lady. I love you so much, Ma."

Riddhima is currently living with her family in Mumbai. She travelled from Delhi to Mumbai in May to be with her mother after the death of her father Rishi Kapoor. The actor died on April 30 in Mumbai after battling cancer.