Salman Khan fans, this could be news you have been dying to hear 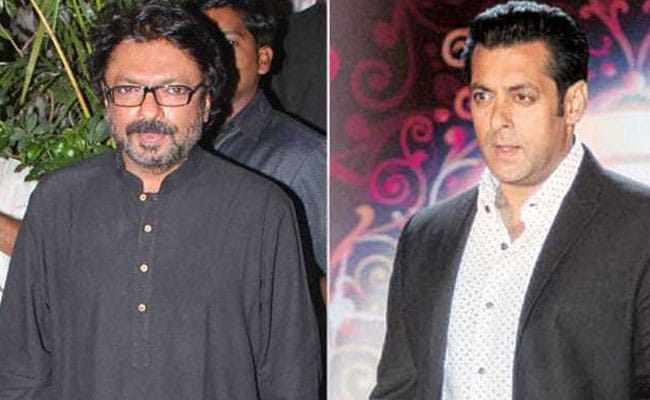 Salman Khan fans, this could be news you have been dying to hear. The 52-year-old actor, who was attending a press conference in Goa on Tuesday for the upcoming Bigg Boss season, said he is part of Sanjay Leela Bhansali's untitled next, Indian Express reports. However, he said in typically Salman style. "Yes, I am doing Sanjay's film. I don't know much about it. I have only heard a one-liner about it. But Sanjay is not answering my calls. Please ask him to speak to me," Indian Express quoted the actor as saying. Now we're confused. Mr Bhansali, if you are reading this - please take Salman's calls, and maybe also clarify what he said.

SSalman Khan played the lead in two of Sanjay Leela Bhansali's early hits - Khamoshi (1996) and Hum Dil De Chuke Sanam (1999). The actor also made a special appearance in the poorly received Saawariya (2007), which marked the Bollywood debut of Sonam Kapoor and Ranbir Kapoor. If Salman wasn't joking about being cast in Mr Bhansali's next film, the actor-director duo will be collaborating after a span of almost 10 years.

SSalman Khan is currently shooting for his next film Bharat in Goa, after wrapping the first schedule in Mumbai and the second schedule in Malta. Salman Khan, Katrina Kaif and Nora Fatehi were all part of the Malta schedule. Director Ali Abbas Zafar informed fans about the wrap of Malta schedule recently with a photo featuring Salman and Katrina.

SThe actor is is all set to host the upcoming season of Bigg Boss, a reality series that he has hosted for years, which airs on Colors starting September 16. This year the theme of Bigg Boss is 'vichitra jodi.' The first confirmed celeb jodi of this season are comedienne Bharti Singh and her writer husband Haarsh Limbachiyaa.