We Can Be Heroes Teaser: Priyanka Chopra Vs A "New Generation Of Heroes"

"Who do you think is going to win, them or me?" wrote Priyanka Chopra 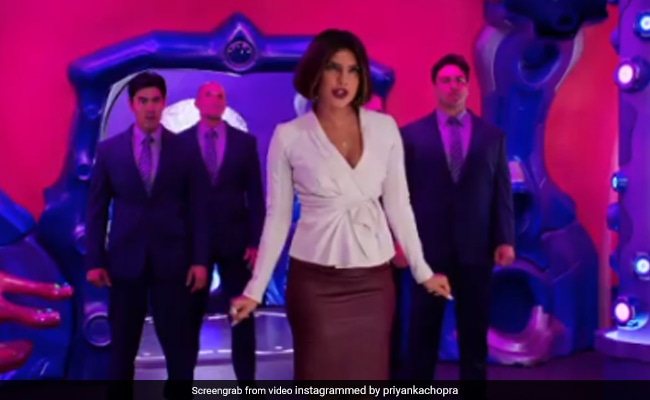 Priyanka Chopra in a still from the film. (courtesy priyankachopra)

Priyanka Chopra just shared an update on her forthcoming film We Can Be Heroeson Thursday night and it surely looks intriguing. The actress shared a teaser of the film on her social media profile. The teaser showcases the story of a "new generation of heroes," who are all set to fight every obstacle that comes their way. Priyanka Chopra stars as a nemesis of these super kids. "What are you going to do?" she asks the kids in the video. Sharing the teaser, she wrote: "I had the best time shooting this movie, especially with Robert Rodriguez and these amazing super kids! Loved playing their nemesis.... who do you think is going to win, them or me?! Streaming on Netflix New Year's Day. "

Earlier, Priyanka shared pictures from her look in the film. She also introduced Pedro Pascal, Christian Slater, Boyd Holbrook and child actor YaYa Gosselin in the first look album of We Can Be Heroes. "Woo hoo! It's finally here! Presenting the first look for - We Can Be Heroes! It's directed by the incredible Robert Rodriguez, and is coming to Netflix on New Year's Day! A kid's classic. Robert pretty much created this genre of movies," wrote Priyanka Chopra.

Priyanka Chopra has earlier headlined the cast of an American television show Quantico. She has also been a part of many Hollywood projects including Baywatch, Isn't It Romantic? and A Kid Like Jake. She will reportedly star in Cowboy Ninja Viking, opposite Chris Pratt. She will also star in a film with comedian Mindy Kaling and she recently signed a Hollywood film with Sam Heughan and Celine Dion.

We Can Be HeroesPriyanka Chopra