Watch: Shahid Kapoor and Mira Rajput Get Goofy In Switzerland

The happy couple has added more pictures to their family vacation album. 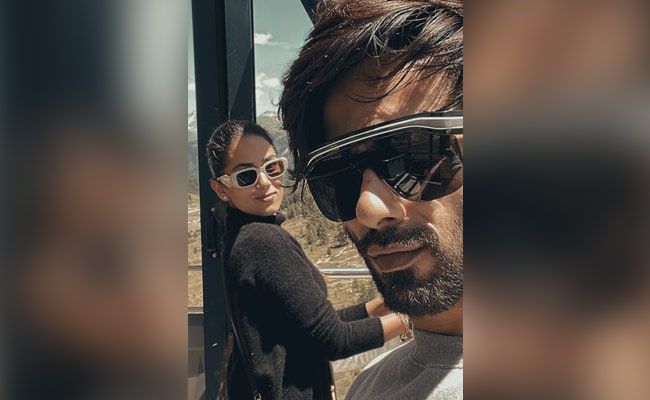 Shahid Kapoor and Mira Rajput are on vacation with their family in Switzerland and it would not be wrong to say that they are having a blast. Need proof? Take a look at their social media handles. Even better -- let us make it easier for you and tell you what Shahid and Mira are up to. Late on Saturday, Shahid shared a video of himself standing on a moving walkway or a travelator with the stunning mountains in the background. As he approaches the camera, Shahid is seen being his usual cheeky self. In the caption, he said, “Aeee Amitttt…” and added the classic song Roop Suhana Lagta Hai from The Gentleman in the background.

That's not all. Shahid Kapoor even shared a series of Instagram Stories in which he is seen with his better half, Mira Rajput. In one image, the couple is seen smiling for the camera. 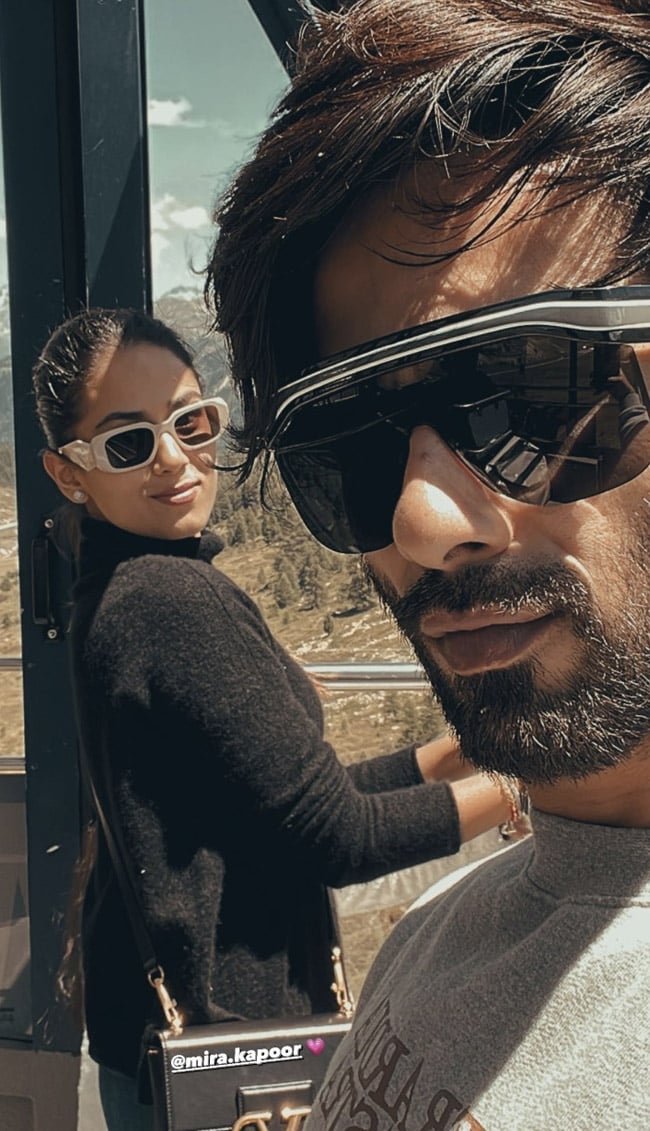 This is followed by another picture of Shahid Kapoor and Mira Rajput with their children Misha and Zain. In it, the family of four is seen staring at the magnificent view of the mountains while relaxing by a lake with their backs facing the camera. Meanwhile, Mira Rajput also added a photo to the family vacation album. In it, she is seen posing along a railway track. The narrow-gauge track is nestled amid majestic green mountains. In the caption, she said, “"Zindagi ek rail ki patri hai (life is a rail track)."  Mira's brother-in-law Ishaan Khatter commented on her post, “Waah, kya sher chhed diya aapne. Kamaal hi kar diya (Wow, what a line. You have done an amazing job).”

We also cannot get over how cute the family looks in this picture shared by Shahid Kapoor on Saturday. The actor is seen standing over a hill with his wife and kids, staring at the mountains. In the caption, he declared, "The heart is always full when you are with the ones who matter most. Unconditional pure and basic. Be with those who make your heart full. Always got your back my [loves]."