In the video, the choir of Malaysia's MS university can be seen singing the songs Tu Jo Mila and Kukdukoo 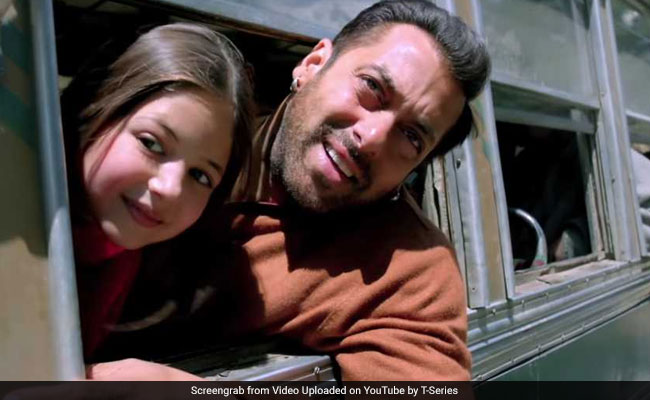 Salman Khan's film Bajrangi Bhaijaan resonates with today's generation through its impressive star cast and it's iconic songs. The film that opened in Indian theaters in 2015, won the hearts of Indian audiences all over the world and a recent video shared by actress-host Mini Mathur reminds us of just that. On Wednesday, Mini, who is the wife of Bajrangi Bhaijaan director Kabir Khan shared a video on her Instagram profile, in which the choir of Malaysia's MS university can be seen singing the songs Tu Jo Mila and Kukdukoo from the super hit film that also featured Kareena Kapoor, Nawazuddin Siddiqui and Harshaali Malhotra.

Sharing the video on her Instagram profile, on Wednesday, Mini Mathur wrote: "Bajrangi Bhaijaan is a crossover of hearts. This video of the MS university choir in Malaysia singing Tu Jo Mila and Kukdukoo from Bajrangi Bhaijaan truly proves that music has no boundaries. So proud of you Kabir Khan, Pritam, Salman Khan for making an all-time classic. Applause due for timeless song lyrics by Kausar Munir and Mayur Puri."

As of now, neither Salman Khan nor Kabir Khan have reacted to the video but we would love to see their responses. Meanwhile, take a look at the video here:

This video of the MS university choir in Malaysia singing #TuJoMila & #kukdukoo from Bajrangi Bhaijaan truly proves that music has no boundaries. So proud of you @kabirkhankk @ipritamofficial @beingsalmankhan for making an all time classic. Applause due for timeless song lyrics : @kausarmunir @mayurpuri

Bajrangi Bhaijaan emerged as a blockbuster not only at the Indian box office, it was also a hit in China. The film opened in over 8,000 screens in China, 30 months after it released in India. The film collected over Rs 300 crore within a month's of its release in China.

Collaboratively produced by Salman Khan Films, Kabir Khan and Rockline Venkatesh, the film showcases the journey of Pawan aka Bajrangi, who decides to reunite an estranged Munni (Harshaali) with her family in Pakistan.