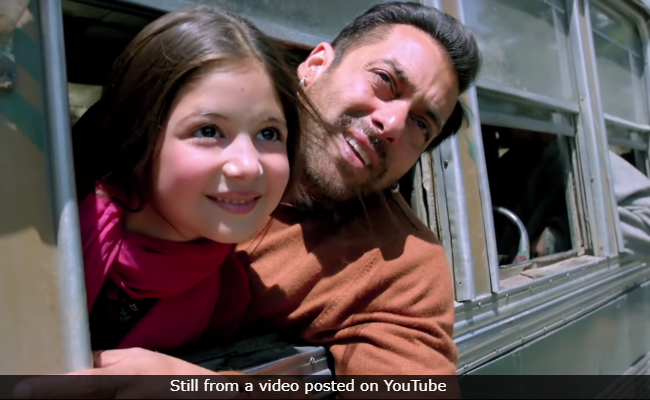 Harshaali Malhotra and Salman Khan in a still from Bajrangi Bhaihjaan.(Image courtesy: YouTube)

Here's the Japanese poster of the film:

Pawan and Munni are now in Japan #bajrangibhaijaan

Bajrangi Bhaijaan emerged as a blockbuster not only at the Indian box office but also in China. The film opened in over 8,000 screens in China, 30 months after it released in India. The film collected over Rs 300 crore within a month's of its release in China.

Besides Salman Khan and Harshaali, the film also stars Kareena Kapoor, Nawazuddin Siddiqui and late actor Om Puri. The film showcases the journey of Pawan aka Bajrangi, who decides to reunite an estranged Munni (Harshaali) with her family in Pakistan.