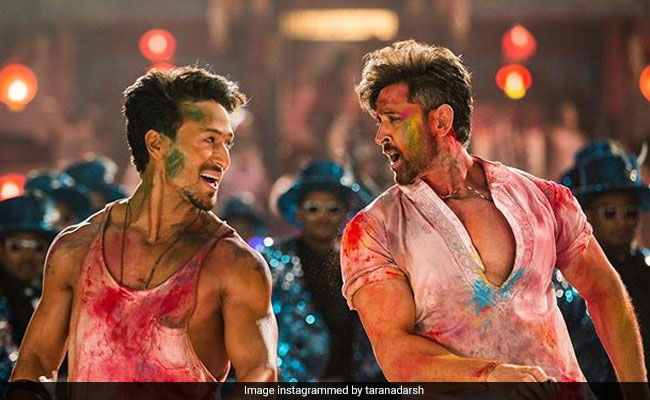 Hrithik Roshan and Tiger Shroff's latest film War crossed the 100 crore-mark in three days of its release becoming the fifth film by production banner Yash Raj Films to do so after Dhoom: 3, Thugs Of Hindostan, Tiger Zinda Hai and Sultan, tweeted trade analyst Taran Adarsh. The Hindi version of War alone collected Rs 96 crore while the cumulative score of the Tamil and Telugu prints was Rs 4.15 crore. Taran Adarsh tweeted, "War continues its dream run... Friday - a working day and coming after two days of big business - shows no signs of weakening or slowing down... Now it's up to the two days of weekend - Saturday and Sunday - to add to a solid (extended) weekend total."

#War continues its dream run... Day 3 [Fri] - a working day and coming after two days of big biz - shows no signs of weakening or slowing down... Now it's up to the two days of weekend - Sat and Sun - to add to a solid *extended* weekend total.

Speaking about the success of War, Hrithik Roshan (whose last film Super 30 was also a box office hit) told news agency IANS, "I was fortunate that I had films I was empowered by... It is an important success for me. My instincts were very strong and if it would have failed, then I would have been affected. The most important thing for us in creative life is to be able to trust our instincts and if your instincts gets reaffirmed and gets strengthened, it empowers you a lot."

In War, Hrithik Roshan plays the role of Kabir, a rogue Indian intelligence officer who is killing India's assets abroad. Khalid (Tiger Shroff), whom Kabir mentored, is tasked with capturing and killing Kabir.