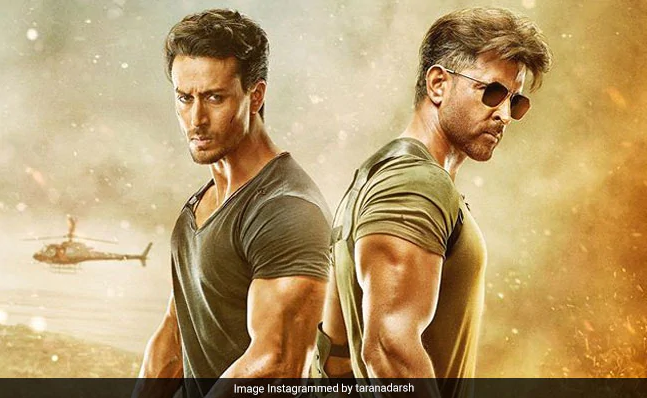 War is also the seventh highest grossing Hindi film and it has crossed the lifetime collections of Salman Khan's Sultan and Ranveer Singh's "Padmaavat", stated Taran Adarsh in his previous report.

Despite meddling reviews, War continues to show impressive numbers at the box office. In his review for NDTV, film critic Saibal Chatterjee gave the 1.5 stars out of 5 and wrote: "Powered by two loose-limbed, nimble-footed, buffed-up and resolutely stone-faced male leads, Hrithik Roshan and Tiger Shroff, War is all style and no substance."

Talking about the film's phenomenal performance, director Siddharth Anand told news agency IANS that he is "overwhelmed" by the numbers: "When you have two of the biggest action superstars in your film, you would want your film to over deliver on audience expectations and make a big statement. We are overwhelmed that 'War' has become a must-watch film for the entire country. It is a moment to treasure and celebrate for all of us."

In case you haven't watched the film yet, take a look at its trailer: