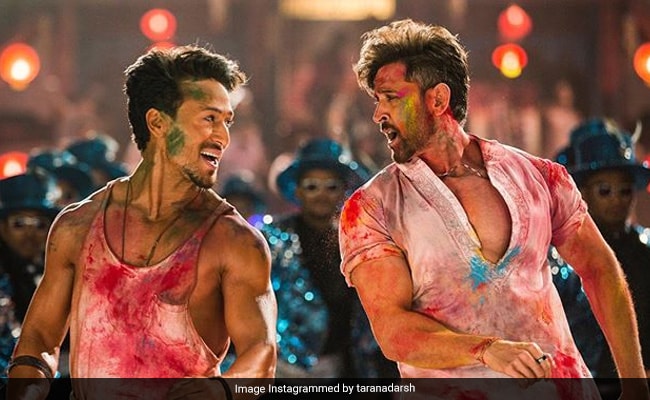 Taran Adarsh tweeted this list of previous 300-crore films, not counting the super-duper successful Baahubali 2 which is in a league of its own.

Taran Adarsh also revealed that Hrithik Roshan has a profit-sharing deal for War and that we can now expect a sequel soon.

#War economics...
Actors were signed two years ago at then prevalent rates.
CoP [Rs 150 cr] includes all fees/remuneration.
Hrithik has a backend deal. He's a partner in profits.
#War will be a franchise like #MissionImpossible series, with Hrithik staying constant.

2019 has been a fantastic year for #Bollywood and the super success of #War reiterates the fact that *well made* biggies - targeted at PAN India audience - will always be embraced warmly by the paying public... Expecting #YRF to green light #War2 soon.

War director Siddharth Anand is thrilled by the numbers. "It has been simply phenomenal to receive this kind of love and adulation from audiences. 'War' was made with the hope to give India its biggest original action spectacle and the entire team is ecstatic to get the desired result at the box office," he told news agency IANS.

"When you have two of the biggest action superstars in your film, you would want your film to over deliver on audience expectations and make a big statement. We are overwhelmed that 'War' has become a must-watch film for the entire country. It is a moment to treasure and celebrate for all of us," Siddharth Anand said.

War opened to middling reviews, which hasn't dented it's box office appeal. NDTV's Saibal Chatterjee gave War 1.5 stars out of 5 and wrote: "You begin to expect War to be a lean and mean soldiers-and-spies drama only to have your hopes dashed. War settles into a series of long-drawn-out action set pieces and contrived plot sleights designed to give Hrithik and Tiger the room to go all out."

War, which co-stars Vaani Kapoor, showcases the story of intelligence officer Kabir (played by Hrithik Roshan) and his protege Khalid (played by Tiger Shroff), who is tasked with capturing and killing Kabir. The film has several nail-biting action sequences shot all over the world.