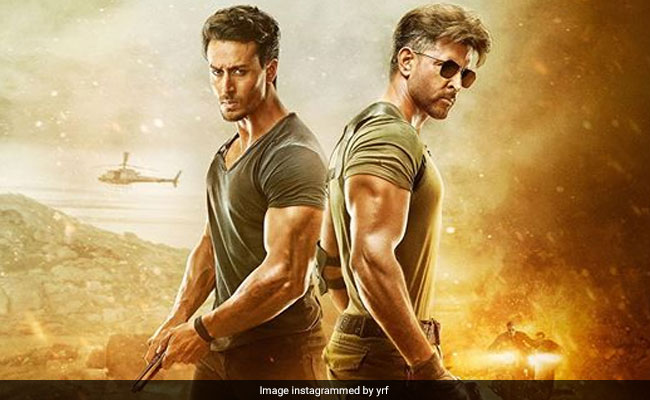 The second week of Hrithik Roshan and Tiger Shroff's War is going pretty well as the film collected Rs 49.65 crore bringing the total to Rs 288 crore from all versions, tweeted tade analyst Taran Adarsh. He added that the Yash Raj Films backed project has another week to flourish at the box office before Housefull 4 releases on Diwali. "War stays strong in week 2... Has one more week to score... No major release (till Housefull 4) will help," Taran Adarsh tweeted The film's Hindi version collected Rs 275.15 crore in week 2 while adding up the box office numbers of the Tamil and Telugu versions, the total is 288 crore, he added.

And this is War's weekly score card:

War released 10 days before The Sky Is Pink, Priyanka Chopra's first Hindi film in three years. However, the former destroyed the Shonali Bose-directed film at the ticket window as it refused to slow down. War, which is directed by Siddharth Anand, is expected to cross the Rs 300 crore-mark at the domestic box office too. It's target is a mere Rs 12 crore.

Speaking about the film's success, Siddharth Anand told news agency IANS, "We wanted to give India its biggest action spectacle and we are proud to have achieved that. People have appreciated our vision to create something new and have showered so much love on War. It is the incredible word of mouth that has made War a must watch film this festive season and we couldn't be more thankful."