War box office: Trade pundits have predicted that the box office domination of War will continue till the release of Housefull 4 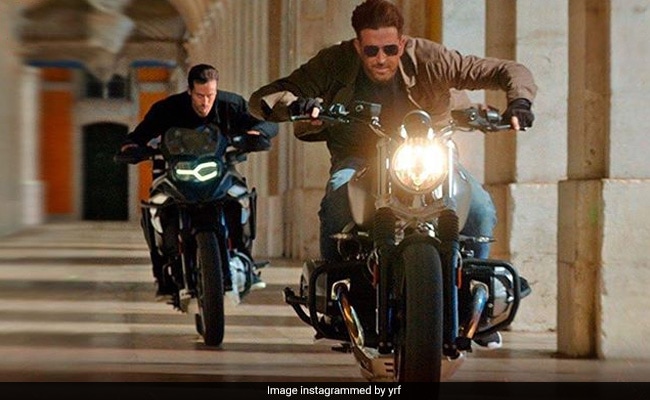 Hrithik Roshan and Tiger Shroff's War is only Rs 9 crore away from the coveted Rs 300 crore mark and as per trade analyst Taran Adarsh the film continues to dominate the box office trends despite new film releases including Saif Ali Khan's Laal Kaptaan and Hollywood film Maleficent: Mistress Of Evil. The film's Hindi version alone has collected Rs 277 crore while the contribution from the film's Tamil and Telugu prints brought the total to Rs 291 crore. "War continues to lead, despite multiple new films releasing this week... Total India business (all three versions) is Rs 291.05 crore," tweeted Taran Adarsh. The Yash Raj Films backed project broke and made several box office records on its way to success.

Trade pundits have predicted that the box office domination of War will continue till the release of Housefull 4 on Diwali this month.

War, directed by Siddharth Anand, is one-of-its-kind two-hero action film, which has several nail-biting action sequences shot all over the world. Speaking about the film's success, Siddharth Anand told IANS, "We wanted to give India its biggest action spectacle and we are proud to have achieved that. People have appreciated our vision to create something new and have showered so much love on War. It is the incredible word of mouth that has made War a must watch film this festive season and we couldn't be more thankful."