Priyanka Chopra shared the picture with her fans on Instagram 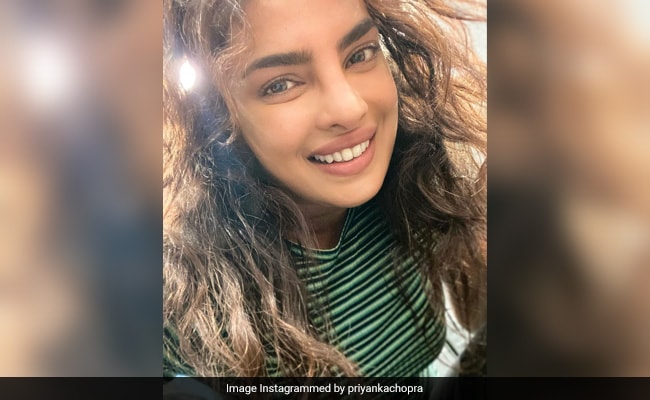 Priyanka Chopra is a woman with many talents. Acting, singing, producing, entrepreneurship: you name it, she is winning at it. And like her, Priyanka Chopra's Instagram timeline, too, is a visual delight for her fans. The actress, who is always on the move, shared a picture on Instagram that had fans asking for more. In it, she is seen pouting for the camera. But there was one thing that caught everyone's eyes, including Priyanka's. It was her luscious, long hair. Addressing the elephant in the room, Priyanka Chopra wrote, “When your hair is 90% of your selfie.”

She also added the hashtag “Citadel”, which is the name of the new show she is working on. Priyanka Chopra's friend and model Anusha Dandekar found the picture, “Gorgeous.” She also added a heart-eye emoji. We agree with Anusha here. Do you?

The actress' selfie comes close on the heels of a loved up photo of herself and her husband, singer Nick Jonas on his birthday. Her birthday note? Read it here, “Love of my life. Here's wishing the kindest most compassionate loving person I know a very happy birthday. I love you, baby...Thank you for being you.” Priyanka's friends from Bollywood also sent their greetings. Lara Dutta, who worked with Priyanka in Andaaz, wrote, “Happy birthday.” Dostana director Tarun Mansukhani also sent a birthday message and red heart emojis for Nick Jonas.

Priyanka Chopra and Lara Dutta's friendship goes a long way. And, Priyanka didn't miss the chance to celebrate her friend with an adorable post. “21 years and counting. Friendships that can be picked up at any given time. Lara Bhupathi and her most shining star. Saira, you're definitely your mum's daughter. Adore you. So much love for these ladies. And so many memories.”

Dia Mirza, who participated and won alongside Priyanka Chopra and Lara Dutta in the Miss India pageant, commented on the post and said, “So glad you girls met.”

On the work front, Priyanka Chopra was last seen in The White Tiger. Her upcoming projects include Text for You, Citadel, Jee Le Zaraa among others. On the other hand, Lara Dutta's last film was Bell Bottom.