Vivek Oberoi Recalls How Omkara Song Beedi Jalaile Was Filmed On A Winter Night: "It Was Freezing Cold"

"Everybody would dance no matter how tired or how cold they were. That was something quite special to see," Vivek Oberoi said about Beedi Jalaile 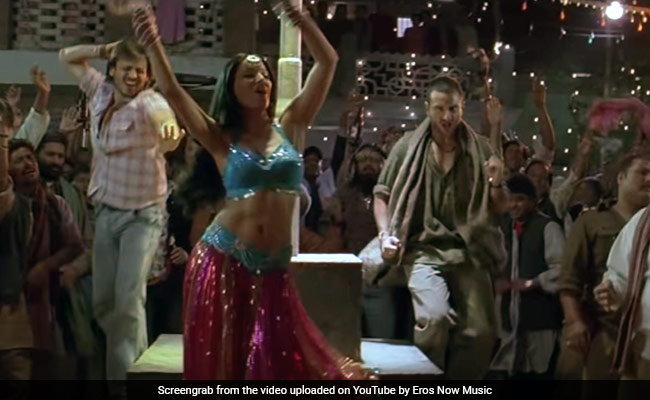 As Omkara clocked 15 years on July 28, actor Vivek Oberoi revealed that director Vishal Bhardwaj had one criteria in mind for the song Beedi Jalaile - that it had to be a "hit". And Beedi Jalaile turned out to be such a hit party anthem that it still finds a place in party playlists of today. Speaking to news agency ANI, Vivek Oberoi took a trip down memory lane and revisited the time when Beedi Jalaile was filmed in the winter, that too in "the middle of the night". Choreographed by Ganesh Acharya, Beedi Jalaile featured Bipasha Basu in the spotlight while Vivek Oberoi, Saif Ali Khan and Deepak Dobriyal were also part of the song.

Vivek Oberoi, who matched up to with Bipasha Basu's electric energy in Beedi Jalaile, said: "It was a cold evening and we shot through the night. It was the first time when I saw that when the song played everyone was up on their feet dancing and swaying to the beats of the song. Ganesh Acharya was there choreographing the song. Bipasha Basu, Saif Ali Khan, Deepak Dobriyal, and I were dancing in the song. And whenever that song played, not just us, literally everybody would start moving."

Vivek Oberoi added that the shooting of the song went on through the night despite freezing temperatures: "It was freezing cold and the middle of the night, and despite all that the song just made everyone dance their hearts out. Everybody would dance no matter how tired or how cold they were. That was something quite special to see."

Vivek Oberoi also revealed the story behind conceptualising Beedi Jalaile and it's lyrics: "It was magical how that song came about. Vishal bhai wanted to create a song for a special moment in the movie. He went to Gulzar saab and told him to write the lyrics. Vishal bhai's brief was that he wanted a 'hit song'. Not only should it be a good song, but it should be also a hit song. Instantly Gulzar saab came up with the lines, and everyone responded saying that we had a winner at hand."

2006 movie Omkara was Vishal Bhardwaj's take on Shakespeare's Othello and cast Ajay Devgn in the titular role - Kareena Kapoor played his love interest. The cast of the film also included actors such as Konkona Sen Sharma and Naseeruddin Shah. Omkara fetched three National Awards for the team, including one for Vishal Bhardwaj.