Virat Kohli Works Out With His "Favourite" - Anushka Sharma. Her Response 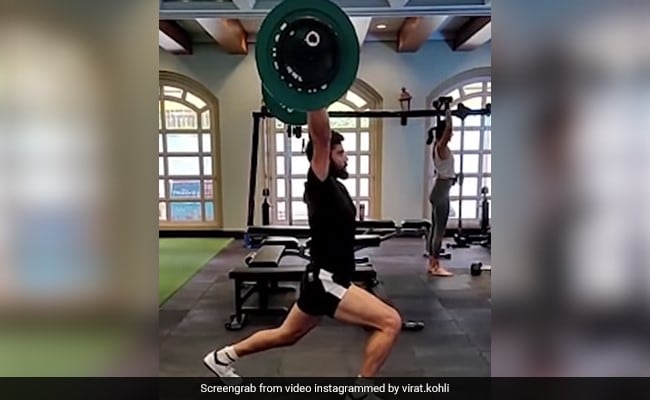 After dating each other for many years, Anushka Sharma and Virat Kohli got married in December 2017 and in January 2021, they welcomed their first child, a daughter and named her Vamika.

On May 1, Anushka Sharma celebrated her birthday and Virat Kohli had wished her by sharing a sweet photo and writing a mushy caption. The photo was captioned as "Thank god you were born. I don't know what I would do without you. You're truly beautiful inside out. Had a great afternoon with the sweetest folks around @anushkasharma." Anushka had replied, "Stole my words and my heart ( Cheesssyyy)" followed by red heart emojis.

On her birthday, Anushka Sharma had shared candid photos from the birthday and they were captioned as "I feel happier, more loving, more understanding, taking myself less seriously, listening more, finding joy in less, able to let-go better, more accepting of myself and others AND situations, feeling more beautiful, expressing feelings more easily, valuing my own opinion above others ..... This getting older business is going GREAT! Everyone should try it Thank you for all the wishes and love you've sent my way. I'm SO grateful. PS- I ate the biggest slice of my birthday cake. As it should be."

On the work front, Anushka Sharma is returning to films after three years. She was last seen in Zero and will next be seen in Chakda Xpress.