"I think I've seen and celebrated possibly every function and festival in a bubble," wrote Anushka Sharma 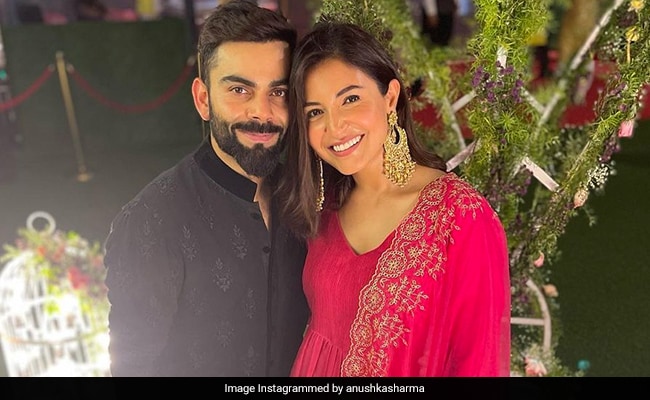 Anushka Sharma just brightened up our Instagram feeds with a super cute picture of herself with husband Virat Kohli. The actress shared a set of pictures from wedding festivities that the couple attended in a bubble (a bio-secure bubble - a hosting arrangement for events taking place amid the pandemic). The star couple can be seen dressed in their festive best in the pictures - Anushka in a pink ensemble, Virat in a kurta-pajama set. The actress added the hashtag #BubbleLife and she captioned it: "Wedding function in a bubble! Now I think I've seen and celebrated possibly every function and festival in a bubble."

We simply love it when Anushka Sharma and Virat Kohli feature on each other's Instagram profiles. See some of their adorable posts together:

Anushka Sharma and Virat Kohli got married in 2017 after dating for a few years and they welcomed daughter Vamika in January last year.

Last month, Anushka wrote in a statement that she will step away from producing films, stating that she wises to dedicate her time to her "first love, acting." The actress' next project is Chakda Xpress, based on the life of Jhulan Goswami.